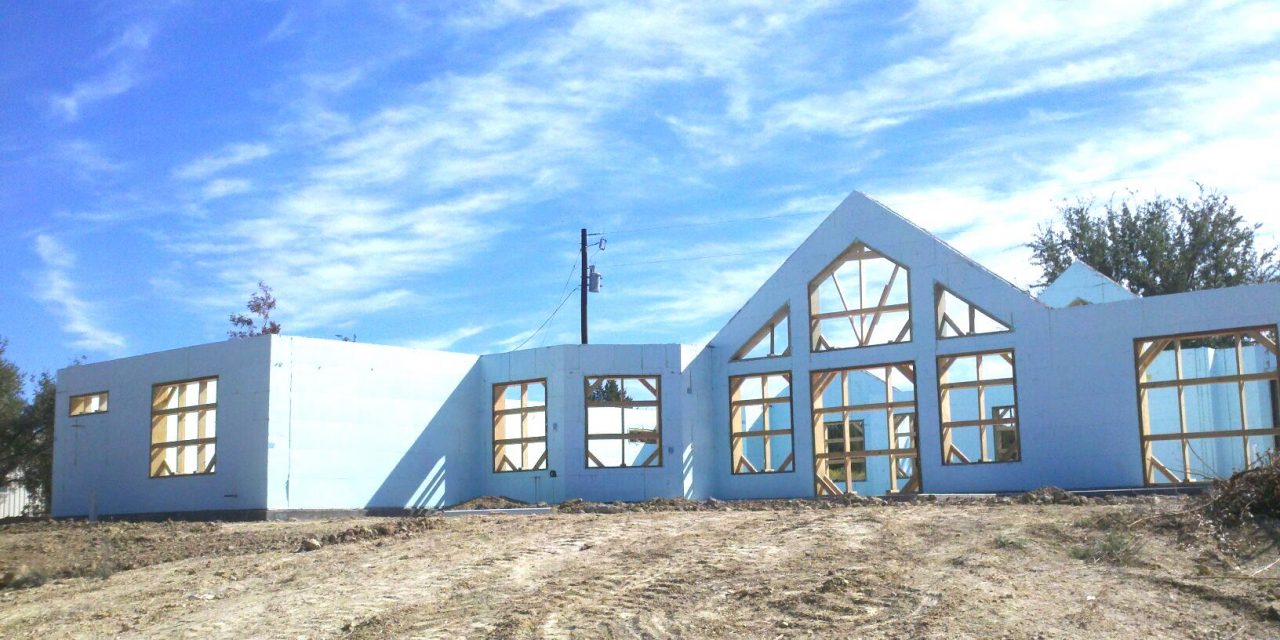 When Guy and Heather Robertson discussed building their dream home in rural Texas, two priorities consistently rose to the top: energy efficiency and tornado resistance. These factors are understandable, considering the extreme Texas heat and the fact that North Texas in recent years has become a part of “tornado alley.” But aesthetics were also important. Fortunately, ICFs can easily meet all three criteria.

The finished home is light, airy, and open, with extensive glazing in back. This was carefully calculated and based on the home’s orientation. For instance, the west side of the home has minimal windows, since this is exposed to the hot afternoon sun. Large roof overhangs further reduce direct light into the home.

The roof is insulated with 5 ½ inches of open cell spray foam and topped with Galvalum standing seam metal roofing, which can reduce radiant heat by approximately 30-40%. The HVAC system was high efficiency 20 SEER all-electric with a heat pump and motorized dampening. Combined, this means that in the heat of the Texas summer, utility bills average $80 a month. (On an annual basis, they average $60 per month, very reasonable for a home of just under 3,000 sq. ft.) 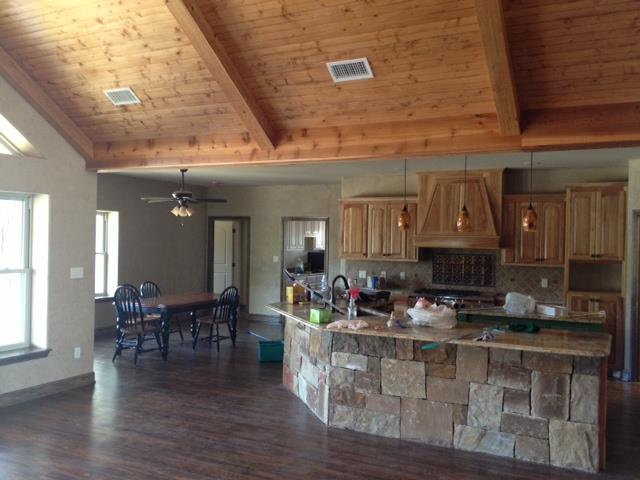 The open floor plan is made possible by the use of massive gluelam beams, which are supported by ICF walls that extend to the top of the gables. Edward Sandelin, of Sandelin Custom Homes, the general contractor, notes, “This created an extremely attractive high gabled ceiling through the living room and off the kitchen.”

Tim Rainwater, the ICF installer, carefully coordinated the window and door openings, as well as the placement of the propriety heavy joist hangars which supported the gluelam beams.

To increase the homeowner’s safety in a worst-case-scenario tornado, Rainwater and his crew installed an all-concrete safe room that doubles as a walk-in closet. It has ICF walls on all four sides, a steel door and a 6” thick concrete roof cap.

Soils in North Texas can be difficult, and this home site was no exception. The engineering required 70 piers to support the foundation. To save costs and save the valuable topsoil, the owner “harvested” this with his dozer and backhoe. This resulted in large hole, which was repurposed as a cistern and connected to the home’s guttering system for rainwater storage. In addition, the client planted only southern latitude, drought-tolerant plants, further reducing the project’s need for using limited well water for irrigation.

Sandelin says, “This home was instrumental in spawning three new ICF projects in the North Texas area because the owners are so very open to allowing prospective ICF clients into their home and by their willingness to discuss and share their thought processes in the design of their own home. We have gone from an occasional ICF home as requested by an educated homeowner to determining that the technology is the best that we can offer our customers and we have begun marketing and building ICF homes as the principle offering in our line of homes.”

He concludes, “This home serves as an excellent example that a smaller ICF home can be built economically and provide long-lasting comfort for a young couple for years to come.” 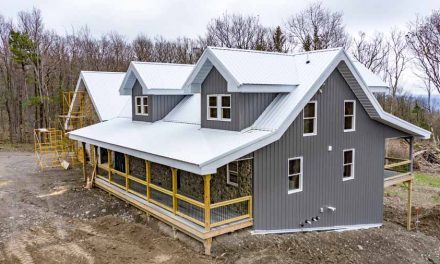 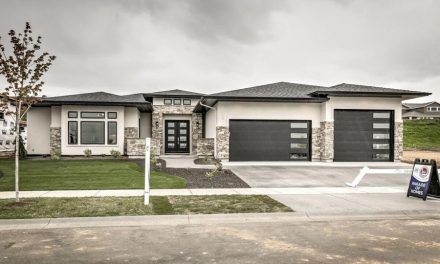 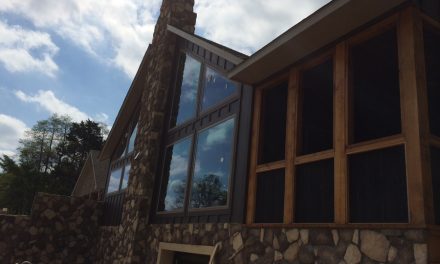 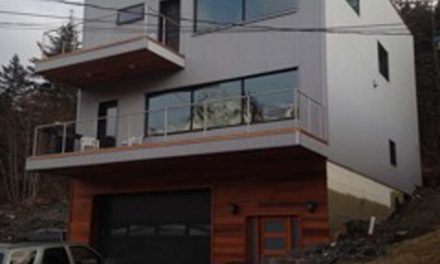