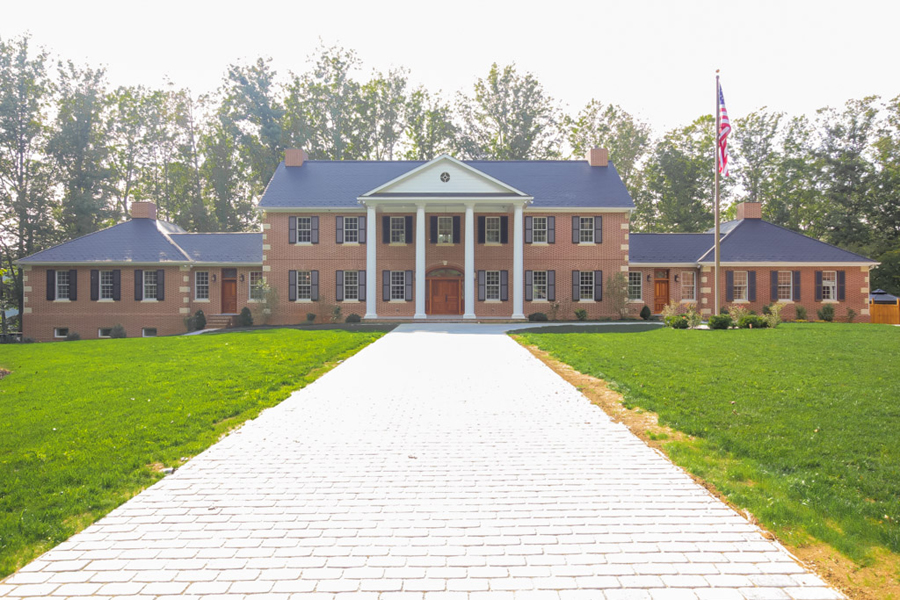 This stately dream home is the result of close cooperation between the owners and a design/build firm using ICFs for the first time.

The Georgian-style façade of this home was inspired by Chatham Manor, a nearby historic estate dating to revolutionary times. In fact, the owner calls his residence “Chatham II.” Its stately lines, bricked walks and endless lawns are a throwback to more formal times. 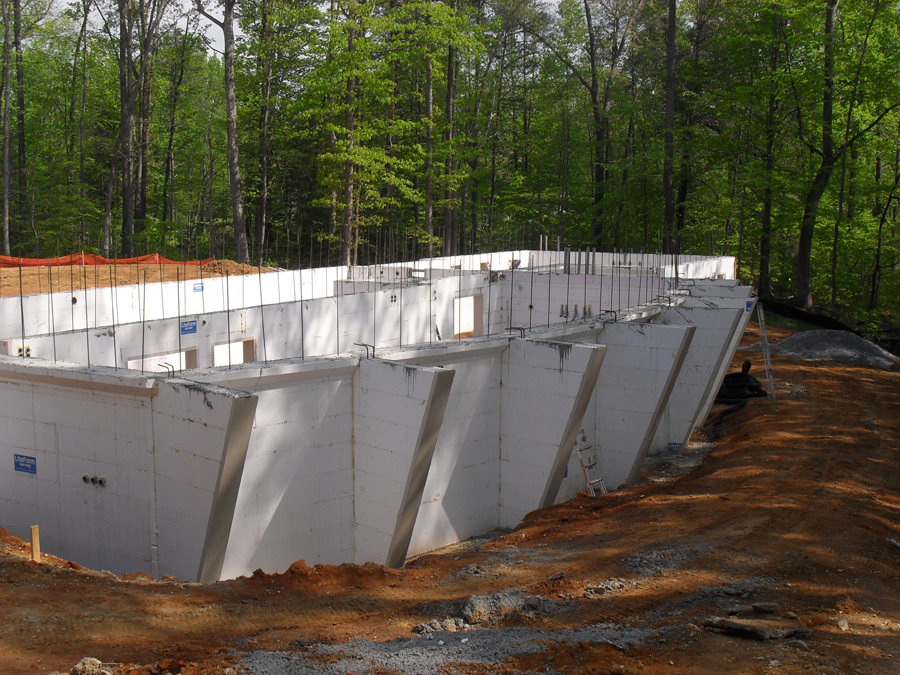 A cantilevered concrete deck at the back of the home is supported by “wings” panelized from ICFs. The exterior wall is also radiused to provide rigidity.

But like the proverbial hairstyle that’s “business in front; party in back,” the rear elevation of the home is quite informal and shows clear 20th-Century influences, especially Frank Lloyd Wright’s emphasis on massive cantilevered slabs.

The mix of styles continues inside as well. The formal dining room flows into a contemporary kitchen. The front entry features a pair of elegant staircases with sweeping curves. But behind the scenes, a brass firepole provides a faster way to move between levels.

Stephen Taliaferro of Teakwood Enterprises had the challenge of integrating these styles into a cohesive whole. He says, “Creating a smooth transition was a challenge. The client also wanted to integrate some very personal touches. Using small standard details helped tie the entire home together.”

As a design/build firm, Taliaferro not only drew up the plans, but oversaw the construction as well. The decision to use ICFs was made by homeowner Ken Fortune, a civil engineer with considerable experience in concrete construction. In 2008, Fortune attended a “Rebuilding Iraq” conference in Amman Jordan, where he was first introduced to ICFs. Imagine his surprise upon learning the forms were manufactured within 10 miles of his future home site. Chatham II was the first ICF project Taliaferro worked on, but he reports the technology was extremely easy to understand. Fortune took an active role as well, even helping place the concrete on pour days. 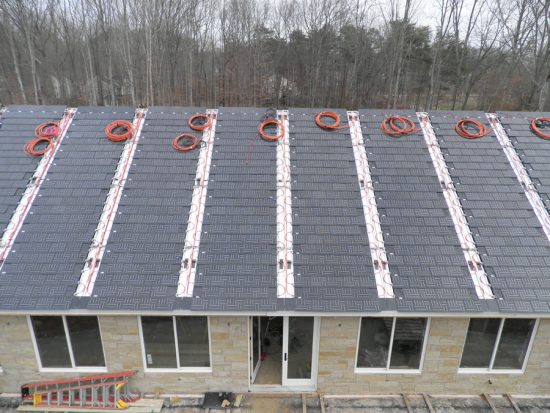 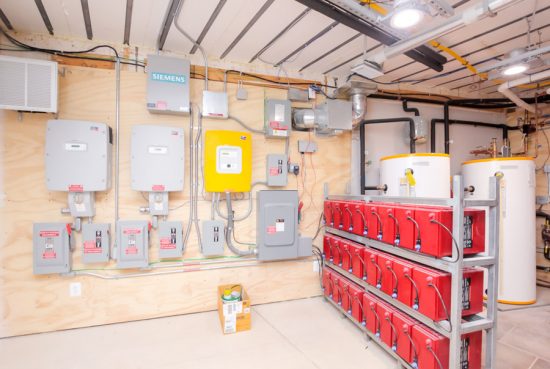 The original Chatham Manor has lasted for more than 240 years, and Taliaferro designed Chatham II to be even more durable. The exterior walls are built with Flexx-Block, a hinge-tie ICF from Lite-Form. The floors are Lite-Deck, topped with lightweight concrete and in-slab hydronic heating. A forced air system for backup/on-demand heating is also in place.

While the greatest design challenge was blending the architectural styles, the biggest construction challenge was the sheer size of the project. The home measures 168’ long and 42′ wide, with a full basement plus two above-grade levels, totaling well over 10,000 sq. ft. of living space.

Another interesting feature is the cantilevered concrete deck at the back of the home. The exterior wall is bowed outward to provide rigidity, and is supplemented by ICF “wings” that carry part of the deck’s mass. These “wings” were created by panelizing rectangles of ICF and cutting them on a diagonal.

The home’s durability and disaster resistance were proven in a dramatic way when a powerful earthquake hit the area in August of 2011. The epicenter of the tremor, which measured 5.8 on the Richter scale, was a mere 30 miles away. At the time, the home was nearing completion, and both Taliaferro and Fortune happened to be onsite. “It was amazing to watch the windows in the home pulse like a heartbeat during the quake,” Taliaferro says. “The men working in the attic said the trusses flexed and bounced like spaghetti.”

Fortunately, no one was injured. The two conducted an extensive investigation for damage and found none—not even the sheetrock seams had cracked. “The only evidence we could find,” he says, “was a tar streak on the front gable were the sun had heated the tar (from the window tape) and the quake had shaken it out.” 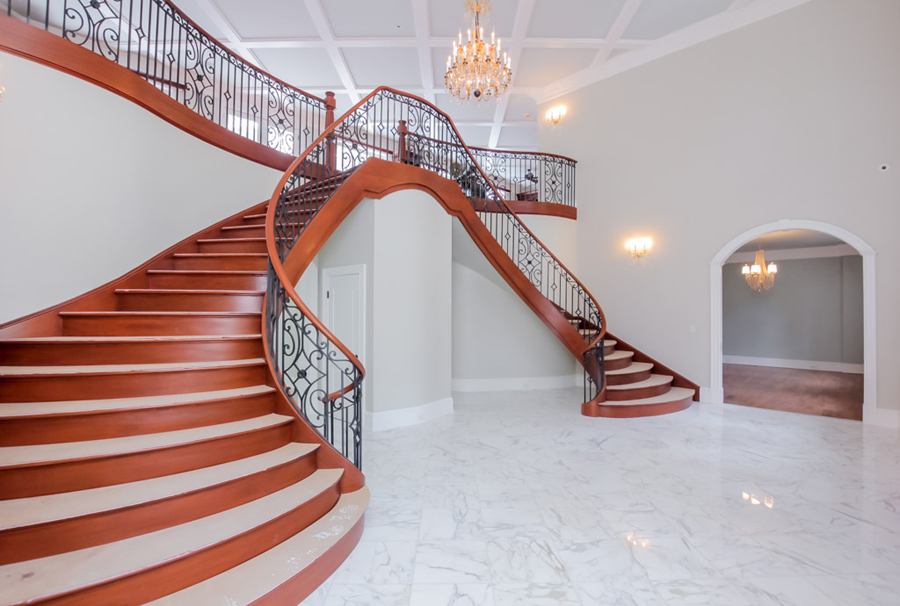 The interior blends multiple styles into a cohesive whole. For instance, the formal front entry and sweeping staircase seems to pair well with the highly functional contemporary kitchen.

The home is as efficient as it is durable. All lighting is LED, and the HVAC, energy recovery ventilator (ERV), and lights are tied to a central control system that allows the client to precisely customize the indoor environment.

A 17kW rooftop photovoltaic supplements the home’s energy need. Together with the tight construction (it has a HERS rating of 45) it keeps the average electric bill to less than $50 per month, incredible considering the home’s size. 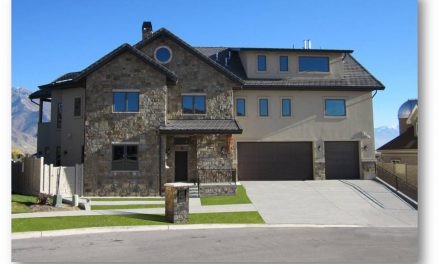 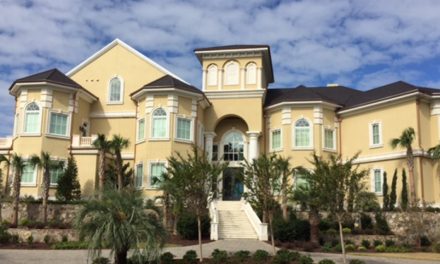 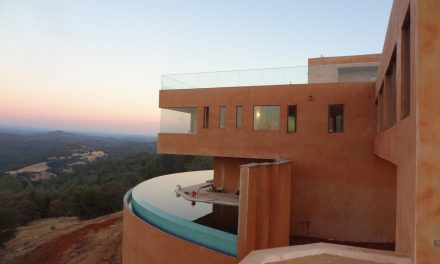 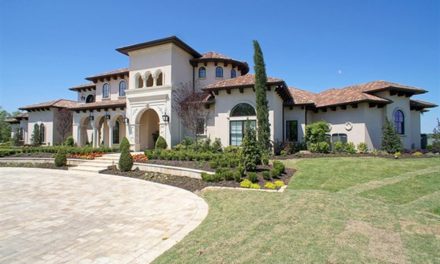