Arxx Building Systems, a longtime leader in the insulating concrete forms industry, has been purchased by Apex Block, a maker of cement-EPS
composite ICFs.

The new company, called Arxx Elements, aims to broaden its products beyond the distinctive exposed-tie ICF and offer designers, distributors, and contractors a comprehensive range of green building products for the exterior building element. Look for more details in the next issue of this magazine.

Builders Wholesale, an ICF distribution company who once planned to dominate the industry, has closed its doors.

Based near Reno, Nev., the company was launched in late 2005 as a one-stop distribution warehouse for everything ICF related. Their cavernous warehouse stocked 5 different brands of insulated concrete forms, as well as massive amounts of bracing, window bucking, waterproofing, and other accessories. A nearby training center with a showroom full of wall samples demonstrating how the components work was also established.

The initial plan to set up similar distribution centers across the United States was scaled back significantly in mid-2006, eventually leaving only the Reno facility. That location functioned much like a traditional distributorship until it also ceased operations late last year.

Residential construction, already suffering its worst slowdown in more than a decade, continues to decline.

Purchases of new homes in December were the fewest since February 1995. New home sales dropped 26% in 2007, the biggest decline since recordkeeping began in 1963.

The residential housing slowdown has affected all regions of the country, with the Midwest reporting the biggest decline, nearly 31%. New home starts are down 26% in the Northeast and 20% in the West. The South saw only a 3% decline.

Builders are reducing inventories, but at the current sales pace, it would take 9.6 months to sell the new homes currently on the market, the most in more than two decades.

“We are in a deep recession now in terms of new home sales and housing starts,” said Lincoln Anderson, chief economist at LPL Financial Services in Boston. “We’re seeing it bottoming out, but it’s a lot lower bottom than I expected.”

Real estate prices are starting to fall. Nationally, the median price of a new home fell from $244,700 in December 2006 to $219,200 last month. The price of previously-owned homes also declined—for the first time since record-keeping began four decades ago. The National Association of Realtors claims it is probably the first time since the Great Depression in the 1930s this has occurred.

World of Concrete Called a Success

The World of Concrete trade show, one of the largest exhibitions in North America, was held last month in Las Vegas, Nev., Jan. 21-25.

Exhibitors inside and outside the ICF industry commented that while the show was not as heavily attended as years past, the level of interest and quality of leads seemed to be better than last year.

“This year, it seems the attendees are more serious about the show,” says Doug Reid, owner of Fine Line Footing Forms. “I think the slowdown has weeded out a lot of the window shoppers.”

The educational seminars offered throughout the show were extremely popular; three of them focused specifically on ICF construction. A 3-hour “Introduction to ICF Construction” class was taught on Monday, and Vera Novak with the ICFA led a 90-minute discussion on Wednesday titled “Building Science for ICFs” which generated a significant level of interest. Thursday, Donn Thompson of the PCA taught another 3-hour “Introduction to ICFs” class.

In the exhibit halls, most of the major manufacturers had a presence, with Arxx and Logix unveiling new marketing campaigns, and Nudura constructing an attention-getting three-story ICF structure.

Several major manufacturers, including IntegraSpec, Arxx, and Logix, held their annual distributor meetings in conjunction with the show.

Perhaps the biggest event for those involved with the ICF industry was the ICF Builder Awards, (See story on p. 14). An estimated 250 guests crowded the welcome reception, and stayed to watch a presentation of the winning projects that set new standards or advanced the entire industry. 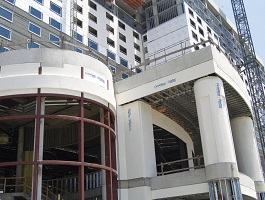 CertainTeed, maker of the popular Form-A-Drain footing drain, has reached an agreement with Armtec of Canada to be the exclusive U.S supplier of their Platon air gap membrane.

Used as both a flooring underlayment and as a superior ICF foundation waterproofing, Platon can be used in a variety of ways to ensure below-grade structures stay dry.

“We’re always looking to bring on new products that will complement our full line of construction products,” says Steve Gross, director of marketing for CertainTeed’s foundations business. “We reached an agreement late last year to represent the U.S. exclusively. We’re always looking for ways to add value.” Gross also said that Platon works extremely well with their Form-A-Drain system, and expects to achieve customer-focused synergies with the new partnership.

Armtec will continue to manufacture and market Platon in Canada and other countries.

Logix ICF Ltd., a leading manufacturer of insulated concrete forms, has retooled their image and tagline to better position the company in the burgeoning green building market.

“We want the show the green building industry that building green is easy and doesn’t have to be mind-boggling at all,” says George Kosmuk, director of marketing at Logix.

The new marketing campaign represents a broader shift made by several major ICF manufacturers to take advantage of an industry that doubles in size every year.

The US Green Building Council (USGBC) reports that the number of LEED-accredited professionals has increased from a few dozen in 2001 to nearly 36,000 in 2007. They estimate more than $7 billion is spent annually in the U.S. for green building products and services.

Reward Wall Systems has unveiled a new website with improved navigation. According to the press release, it “maintains the depth of industry expertise and product information, while improving navigation for both new visitors and seasoned professionals alike.”

“We wanted to use the Reward website as a tool and a resource for building professionals, homeowners and developers,” says Brandie Allen-Rezac, vice president of marketing.

The site features a building professionals’ section for contractors, distributors and architects with quick links to installation procedures, code evaluations, and product manuals for both the iForm and eForm (formerly Tritex) product lines.

A new project gallery guides visitors through the countless ICF building applications, which will be updated regularly to show visitors what can be accomplished with ICFs.

The new site is at www.rewardwalls.com.

According to the Portland Cement Association (PCA), the ICF industry lost ground in the residential sector last year, part of a broader decline in concrete housing in general.

The overall U.S. concrete home market share dropped to 14.4%, down 3.5% from two years ago. ICFs slipped 0.2% to 4.5%. It is the first decline since PCA started tracking residential above-grade market share in 1993.

Craig Schulz, director of market research for the PCA says Florida accounts for most of the slump. “Since the vast majority of new homes in Florida are built with concrete, this accounted for almost the entire U.S. percentage drop,” he says. New housing starts in the state are down 31%.

Fox Blocks, a division of Airlite Plastics, has received code approval by the Wisconsin Department of Commerce, Safety & Buildings Division.

This state specific code approval marks the next of several national and local building code approvals that Fox Blocks expects to receive in the next few months. The ICF has already been approved by ICC-ES and the State of Florida.

Also, the company is now a certified provider of the American Institute of Architects (AIA) continuing education program. Fox Blocks will be providing credit approved Lunch & Learn programs to architectural firms throughout the nation. 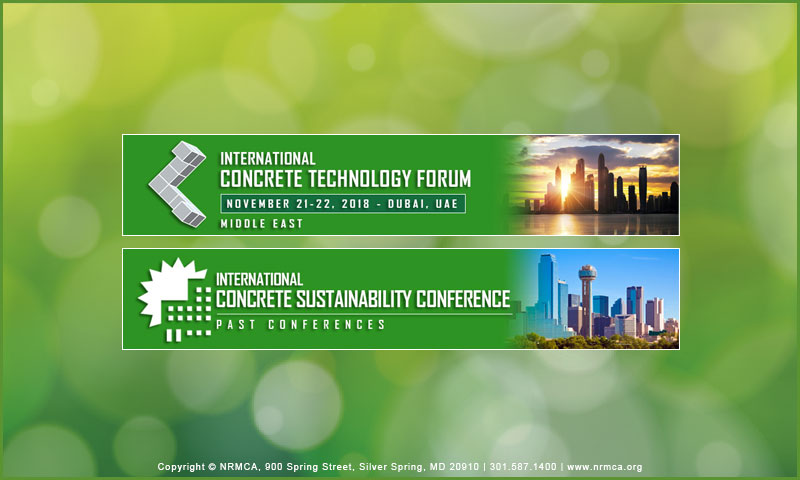 The National Ready Mixed Concrete Association (NRMCA) is sponsoring the third annual Concrete Technology Forum: Focus on Sustainable Development scheduled for May 20-22 in Denver. More than 50 technical sessions on construction techniques and product formulations that optimize environmental performance of concrete will be presented.

A product expo featuring companies that offer products and services for sustainable development will be open during the conference. Attendees can earn professional development hours (PDHs) and will receive a copy of the conference proceedings.

Program details and registration information can be found online at
www.ConcreteTechnologyForum.org or by phone at 240-485-1152.

The Concrete Home Building Council (CHBC), organized about three years ago to promote all aspects of concrete home construction, is ramping up promotion efforts.

At the International Builders Show, they sponsored several concrete-related educational sessions and organized a luncheon to introduce attendees to residential concrete products.

CHBC has also redesigned their website to make it easier to find information, and relaunched the “CHBC e-newsletter” with a new look and format.

Lastly, the council is planning a Concrete Technologies Tour in early June in Charlotte, North Carolina.
In years past, the event has included tours of ICF manufacturing facilities and homes under construction. The precise agenda for the 2008 tour is still in the planning stages.

“We’re continually trying to build value for our existing CHBC members while also recruiting new members,” says Jim Niehoff, CHBC chairman. “2008 is shaping up to be our best year yet.”