Being an ICF contractor has a lot of the same concerns and challenges of being any type of contractor:  the economy is slow now, regulation is burdensome, and so on. But there are also problems unique to ICFs, problems that frame and concrete block builders don’t grapple with.

So what are the biggest?

We interviewed over forty ICF contractors across the U.S. to ask the biggest challenges they faced.  Some named five.  Others said there were only one or two big ones.  When we simply listed everything they said, the number of different items was dizzying.  But the longer we examined them the more they grouped into a few main themes.

Over half of the “problems” ICF contractors named stem in one way or another from people’s lack of knowledge or appreciation of ICFs.  This affliction extends to every relevant group in the construction industry.

According to Jeffrey Wagner of Triad Construction in Wisconsin, “Consumer awareness is growing, but a lot of people still know nothing about the technology and its benefits.”

This puts a greater burden on the ICF contractor to educate the public.  Matt Zetlmeisl of ICF Constructors in Texas said “Educating people is our biggest challenge.  Everybody knows what framing is.  More people would be interested if they knew what ICFs are, how they work, the costs associated with it.“

This burden levies a penalty in time and money.  Francis George of New York asks, “How much money do I throw at this?  I’m a believer, but I have to consider how much I want to spend to advertise and promote.”

A few specific types of misinformation were mentioned time and again.  One is that foam is weak.  “People look at ICFs and you tell them it’s a foam block and you pour concrete in, and they ask what keeps the concrete from blowing out,” says Jeff Moore of Jeff Moore Construction in Indiana.  “For all three projects we’re working on right now, they all asked about this.”

Another is that concrete is cold and wet.  Some contractors noted that when buyers hear “concrete home” they think “bunker” or “bomb shelter”.

Many also stated that the biggest selling point of ICFs—their energy efficiency—is something most buyers do not appreciate.  So they require education on this, too.

Despite all that, however, many agree that buyers tend to be more receptive than others involved in a project.  “In my experience this is usually a consumer-driven product,” said Chris Johnson of California.  ”The buyer requests it, and you have more work getting the other folks on-board.”

The same issues arise with general contractors and developers who are accustomed to hiring crews to do frame buildings.  Harry Pilkington of Icon Structures in Florida said, “In a large project where we’re the sub you have a GC who isn’t familiar with ICFs and he’s outside his comfort zone and you have to educate them.”

But builder concerns go beyond believing the technology works.  Even if they like the benefits of ICFs, they often doubt whether they can deliver the walls cost effectively or whether buyers will care.  John Williams (Florida) said, “I had a developer doing 30 houses in Ocala.  I showed him the videos, energy savings, and so on.  He told me he’d call me when he was ready to build his personal house.  But not for the development.  It still works, so why change it?  He just wanted to do what was easy for him.”

Many contractors also complained about the trailing subs.  Particularly the electricians, plumbers, and framers, they said, may need to be taught how to work with ICFs and are prone to overcharging because they fear their costs may be higher.

There were further complaints about the need to educate architects, engineers, and code officials.  Any one of these people could be critical to the success of a particular project.

At least half the group felt that even after the public is informed and educated, they may still not buy because of the higher cost of ICFs versus light frame.  Says Moore, “Up-front cost has become a little bit more in-line, but everybody for the most part is somewhat cost conscious.”  Dan Saldana of Diamond Wall Structures (California) said, “In trying to sell the product to a builder who has been building conventionally the last few years, cost is always an issue.  That’s the top reason they don’t make the transition.  That’s the first question out of every builder.  Nobody wants to change their ways.”

Further complicating the problem of winning over buyers were some recurring problems in the market.

One is “badmouthing” by local frame builders.  “Frame Builders have put it in customers’ minds that it’s more expensive than it really is,” says Josef Fischer (Thermal Concept Builders, Wisconsin).  “And as a subcontractor, I can’t give them a total price on a house—I don’t know that.”  Others agreed that builders try to talk their buyers out of specifying ICFs because they don’t want to change their construction.”

But just as many complained about the negative effect of bad installations.  Dean Kapphahn of Minnesota said, “It’s tough to get credibility back to the system after all the poor workmanship and poor systems of the past.”  Adds Zeitlmeisel, “People drive by bad jobs and assume those walls can’t be straight.  There were some bad installers here.  I don’t know what they did, but it wasn’t good.  A lot of times you don’t know the resistance exists.  People blow you off and you don’t know why.”

The group was almost unanimous that actually building walls is not much of an issue any more.  Jim Casteel of Statewide Construction in Florida was typical when he said, “I don’t have any problems building with ICFs.  I’m a custom builder, I’m used to dealing with almost any circumstance.”

When contractors did have a complaint about installation, there was no unanimity.  One might have occasional problems with corners, another with turnbuckles.  Their installation “problems” appeared to be small and particular to each user.

But many did complain about a few other problems in running their operation.  One was finding good installers.  Several contractors named “getting trained installers” as the number one problem.

Just as many cited the difficulty of holding on to good people.  According to Pat Wickers (Envirobuild, Texas), “My largest problem is training and maintaining a separate ICF crew.  They are not always busy with ICF; therefore, they must be willing to perform other tasks.”

The subcontractor trades were also often a challenge.  Several contractors noted that it could be challenging to find electricians, plumbers, carpenters, and mechanical subs that did a good job working with ICFs.

Despite the lack of knowledge of buyers and other building professionals, contractor after contractor commented that familiarity with ICFs is much greater than it was a few years ago.  Several said that in years past people at trade shows would ask “What’s this?”  But today they usually know the basics and ask instead which system to use or where to get a quote.

The problems they cited most often are fairly typical of a young, growing industry.  The product is different so it requires more explaining and education, good installers can be scarce, the traditional industry casts doubt on the technology.  That these challenges exist does not indicate that anything is wrong.  But how well the industry handles them will likely determine its long-range success.

Pieter VanderWerf is President of Building Works, Inc., a consulting company that does research and writes publications on new construction products.  He can be reached at pvander@buildingworks.com, and his company at www.buildingworks.com. 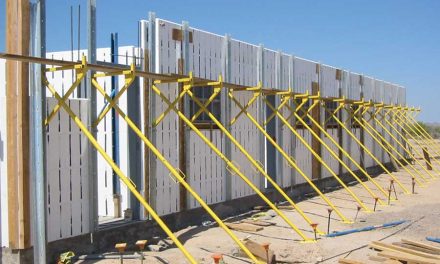 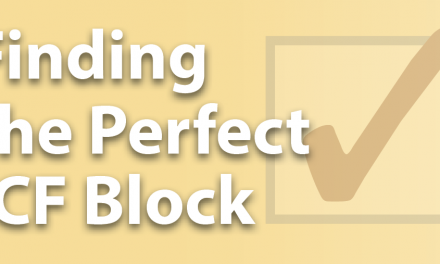