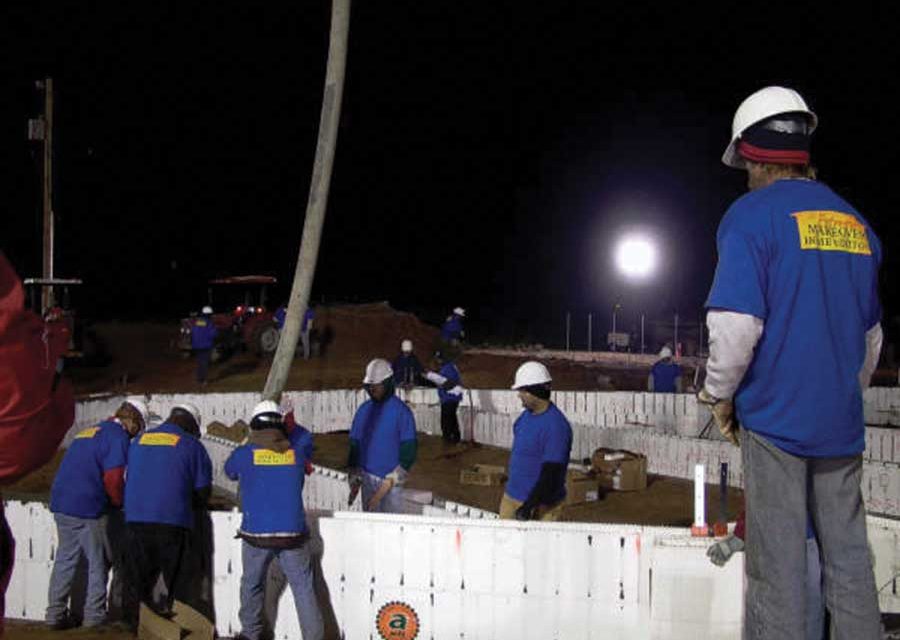 ICFs Get Home Show Back on Schedule

Pinon, Ariz., lies five hours north of Phoenix in the middle of the immense Navajo Indian Reservation. A few months ago, the small town was the setting for the first-ever use of ICFs on the TV show Extreme Makeover: Home Edition.

“The foundation is complex,” says Phillip Stafrace, sales and technical support manager at Arxx. “Additionally, they wanted the home built very green, so they wanted an insulated crawlspace, and they needed something that could meet those requirements more quickly than traditional formwork would allow.”

Stafrace says the entire process moved extremely fast. “The general contractor, Home/Life Communities, contacted our distributor in Tempe only two weeks before the build.” Mike O’Brien and Beth Britt of Southwest Wall Systems provided the ICFs and the expertise for the job.

“Mike O’Brien did an outstanding job in the preparation that is required for such a build,” says Stafrace. “All I had to do was show up and stack the blocks.”

The foundation for the large home consists of two interlocking octagons, which meant lots of angles, T-intersections and corners. 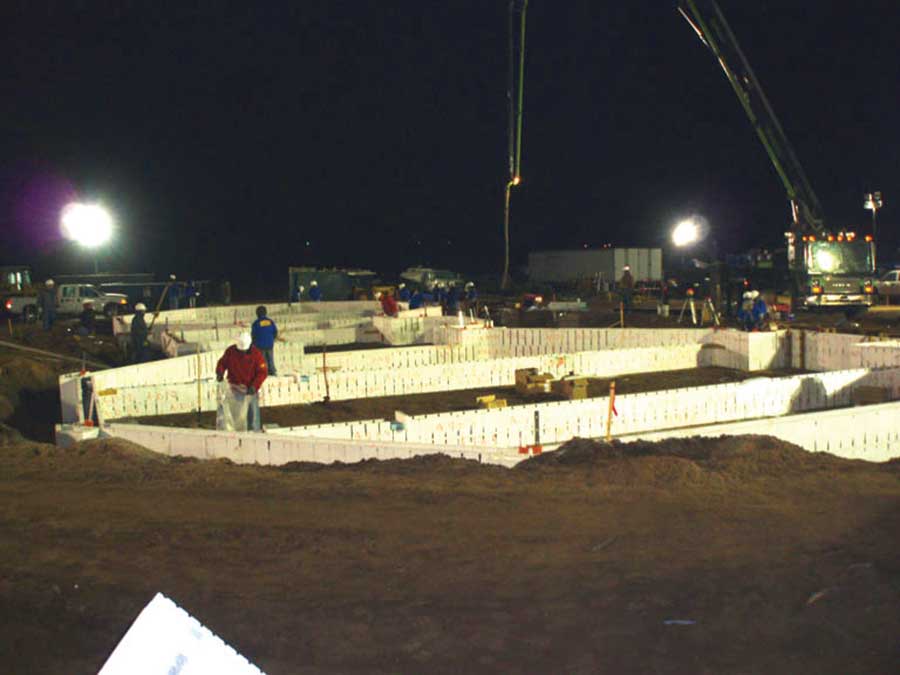 Arxx was up to the task. On the eight T-intersections, the crews simply butted the forms together, removed the extra foam, and tied the joint with wire. The factory-made 45 degree corners ensured the walls stayed dead-on. And because of the hefty form interlocks, the two-course-high wall needed no bracing.

“This project was a great opportunity to show just how quickly the product can construct complex designs such as this project,” says Stafrace.

As anyone who has seen the show knows, building a home in only a few days leads to an extremely crowded, hectic jobsite. The build was already running two hours behind schedule when the ICF crew, which consisted of O’Brian, Stafrace, and another contractor, along with a few laborers with no ICF experience and limited English, started stacking around midnight. The foundation was supposed to be poured by 6 am the next morning.

Despite the difficulties, by 5:30, the job was done. Thanks to Arxx ICFs and the experienced crew at Southwest Walls, the project was back on schedule.

“Without our distributor, we couldn’t have done this,” says Stafrace.

The home was presented to the Yazzie family on September 12; the episode aired on ABC on October 28. 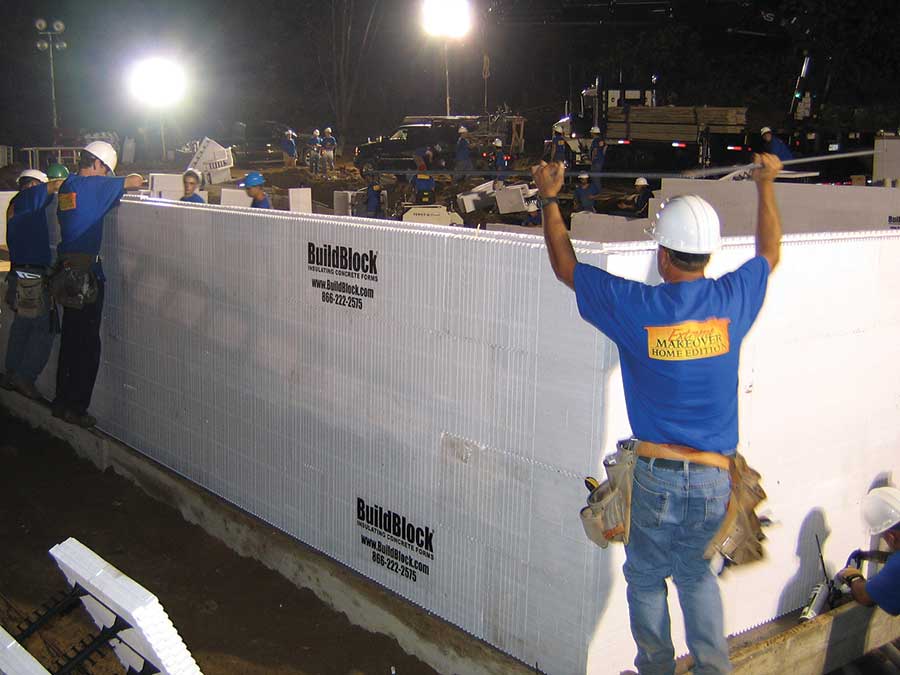 It was an ambitious undertaking: A new home in Athens, Vt., was scheduled to go from foundation to roof in less than a week. As an additional challenge, the builders wanted to use environmentally friendly materials, including exterior walls from insulating concrete forms. The entire job would be recorded by video cameras—all part of the hit TV series Extreme Makeover: Home Edition.

“As far as we know this was the fastest ICF installation ever,” says Jason Fisher. Fisher works for BuildBlock Building Systems, which provided the ICFs, and served as technical advisor during that portion of the construction. Fisher says the home, which would normally take about 5 months to build, was completed in four days. The ICF walls went up literally overnight. 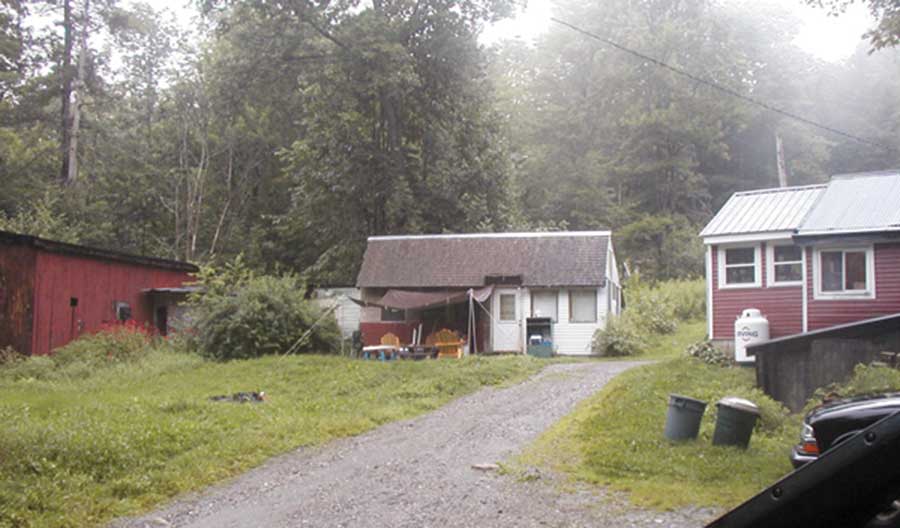 “We started stacking forms just after nightfall and completed pouring the concrete within the wall shortly after sunrise,” he said.

The challenging installation was led by volunteer tradesmen from New Form Building Systems of Maine. Owners Erica Libby and Michelle Atherton and a team of others made the trek to Vermont to contribute their much-needed expertise.

Because of the extremely compressed timeframe, extraordinary measures were taken to meet the deadlines. Job schedules were detailed down to the minute.

“In order to do a 5-Star Plus, Energy Star qualified home in one week we needed to pay attention to every detail starting in the planning stages and double-checking them often during the fast-paced build,” says Kevin Birchmore, who represented the general contractor on the job. “Coming back to adjust anything after the fact wasn’t an option, so everything had to be right the first time.”

Interior walls and sheetrock were being installed at the same time forms were being stacked. Here, BuildBlock’s well-designed form played a crucial role. “It has a unique interlock that doesn’t allow the wall to float or settle at all, so we didn’t worry about the sheetrock moving as the forms were poured,” says Fisher. Walls were braced from the outside,
and the electrical work was run through conduits inside the wall to prevent weakening the foam prior to placing
the concrete. 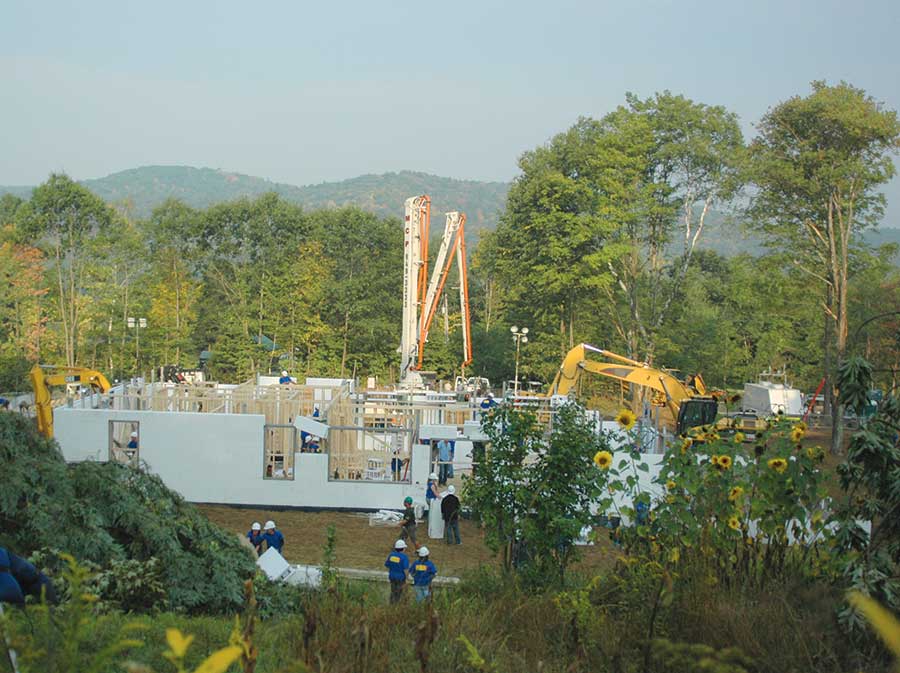 During the pour, concrete trucks were off-loading into the pump truck two at a time, with two more trucks waiting right behind them. Mix designers used a special high-strength concrete with accelerators so the trusses could be installed just a few hours after the pour.

“The curing concrete was putting off so much heat it blistered the feet of the plumbers and HVAC crews that were working in the crawl space,” Fisher says. “Huge fans were brought in to cool the area for workers.”

The home was presented to Lou and Sara Vitale and their two children: Kane who is 3-½ and Louie, Jr., who is almost 2. The family has been living in a hunting camp in Athens for the past 5 years. Louie, Jr., was born with several birth defects and is on both a feeding tube and a breathing tube and is confined to a wheelchair.

“We are thrilled to participate in this exciting project by donating the forms and onsite technical support,” said BuildBlock CEO Mike Garrett. “It’s a real boon for the entire ICF industry since it will expose so many people to the concept of ICF construction, especially in relationship to green building.”

The general contractor for the Vermont project is The McKernon Group, a BuildBlock distributor who has been building “green” for over two decades, so ICFs were a natural choice for the foundation and walls of the project. They estimate the foam forms will reduce heating cost and environmental impacts by 30%.

“Starting with the very first discussion with the design team, our main criterion for doing this project was that it would be a responsible, energy efficient home,” says Birchmore. “We wanted to be sure that along with being proud of the charitable aspect of the project, we and the other companies who donated time and materials could also be proud of the sustainability and low energy costs to
the occupants.”

The home was presented to the Vitale family on September 12; the episode aired on ABC on Dec. 9th. 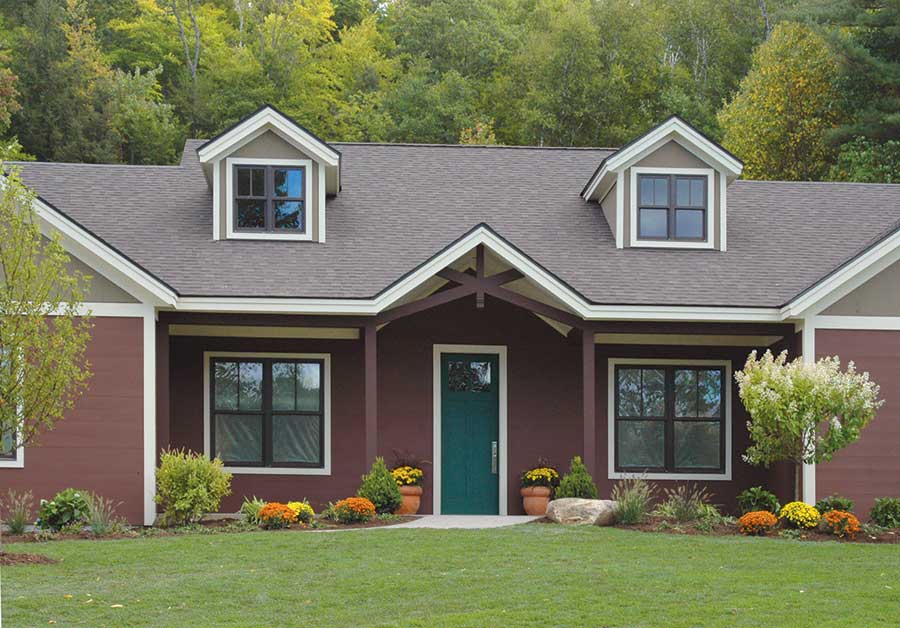 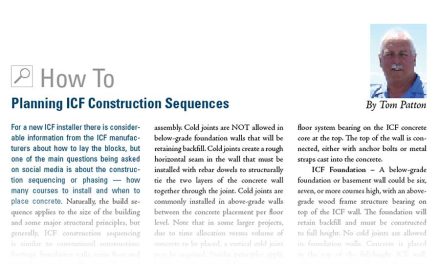 How To: Planning ICF Construction Sequences