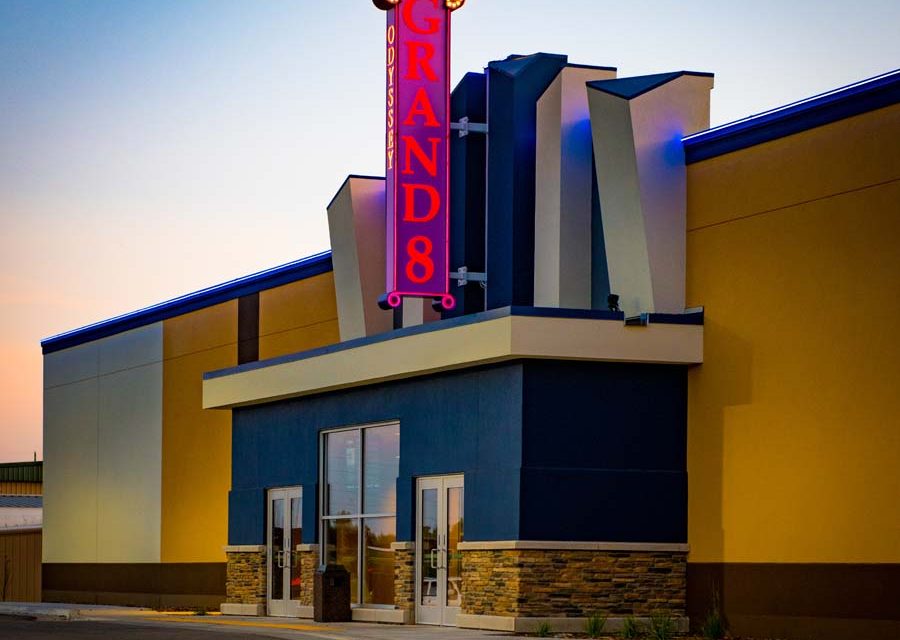 The eight-screen Grand Odyssey Theater in Watertown, South Dakota used ICFs for all interior and exterior walls to reduce sound transmission between screens.

Commercial ICF construction is one of best opportunities in the entire construction industry right now. Demand for sustainable, energy-efficient buildings in all areas of the commercial sector has created significant opportunities for anyone involved with insulating concrete forms. In most regions of the United States, demand for qualified commercial installers is high. In some areas, experienced installation subcontractors have enough work backlogged to keep them busy for years. With the National Ready Mix Concrete Association (NRMCA) heavily promoting ICFs for midrise and school construction, these sectors could experience exceptional expansion.

The reason is obvious. With increasingly stringent energy codes and more natural disasters, virtually every sector of commercial, industrial and institutional (CII) construction is demanding high-performance, disaster-resistant buildings. ICFs can deliver this more quickly and cost-competitively than any other building method.

ICFs have a solid track record across the commercial construction industry. Projects built over the last decade by creative architects and dedicated contractors have shown that ICFs are an affordable solution for nearly any type of commercial construction, regardless of its height, size, budget, or time frame. Many of these projects have been featured in past issues of this magazine, and several more are spotlighted in on the following pages.

Schools are the most successful niche for ICFs in the commercial sector. As featured in the November/December issue, more than 300 ICF schools have been built across the country in the past 15 years.

Several large school projects in Texas and Kentucky have proven that ICF construction is cost-comparable to other methods, while the completed building saves significantly on energy costs, usually reducing bills by 30% or more. Because of these savings, ICF construction is especially attractive in situations where the developer will also be the long-term owner. This is true of the education and religious building sectors, and often is the case in hospitality construction as well.

Theater owners are attracted to ICFs for a different reason than most: Sound attenuation. With an STC rating of 50 or higher, ICFs are faster, cheaper, and more effective than traditional soundproof walls.

For projects of this type, ICFs are usually used for the interior demising walls between rooms as well as the exterior walls. Given that these walls sometimes reach 50 feet above grade, they use a tremendous amount of formwork. ICF theaters are especially common in the West, with several franchises building multi-screen cinemas in Arizona, Utah, and California.

Harkins Theaters, based in Scottsdale, Arizona is the fifth largest multiplex chain in the country, and all their new theaters in the five states they operate in are built with ICF, including a 16-screen multiplex in Flagstaff, a similar sized project in Scottsdale, and a 70,000-sq.-ft. west of Phoenix.

The Miller Group has commissioned several similarly size theaters for their chain of cinemas in the Salt Lake City area, including a 20-screen, 210,000-sq. ft. theater complex in South Jordan, Utah, that for several years was the largest ICF project in North America. IMS Masonry,
stacked and poured the ICF walls, which used more than 35,000 blocks, in only
five months.

Another recent example is the eight-screen Grand Odyssey Theater in Watertown, South Dakota. Using 44,000 sq. ft. of ICF, the walls were stacked and poured in 38 working days.

Like many ICF theater projects, this one features a steel pan decking system for a roof, welded to steel plates embedded in the ICF wall.

The hospitality industry is a great fit for ICF construction. Needing the benefits of both energy efficiency and sound attenuation, any project involving lodging is finding ICFs to be an attractive option.

Past issues of this magazine have featured more than a dozen hospitality sector projects, and many national chains have built with ICF, including Hilton hotels in Texas and Pennsylvania, Holiday Inns in Ohio and Kentucky, Comfort Inns in the South, and the Homewood Hotel featured in this issue on page 28. Drury Hotels has built more than a dozen ICF hotels across the United States over the past 15 years. Mark Stevens, a professional engineer and Drury’s director of construction, says, “We don’t have to worry about frozen pipes with the ICF walls. We also don’t have to worry about significant maintenance costs – not too many folks are punching holes in concrete walls. We have projects that have required little more than a fresh coat of paint in 30 years. You just can’t beat that when it comes to value.”

ICFs are also gaining popularity in a number of closely related sectors, including retirement/senior centers, vacation resorts, and condominiums. 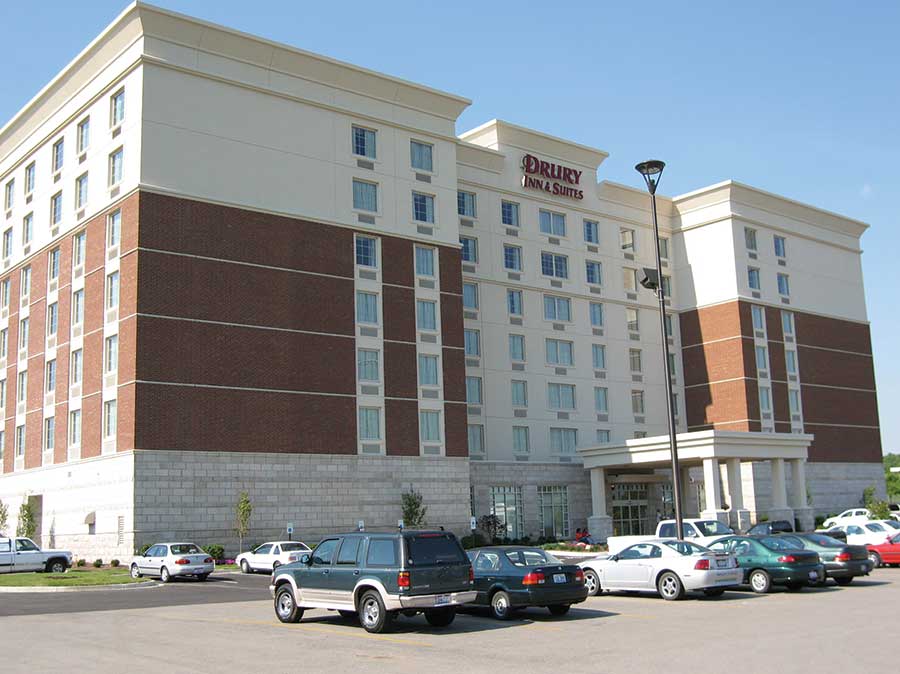 Drury Inn was one of the first hotel chains to implement ICF construction on a large scale. The Indianapolis facility here used more than 6,000 cubic yards of concrete.

ICFs are gaining ground in the retail segment for the same reasons they’re popular in the hospitality industry: They’re fast to construct, energy-efficient, and very low maintenance. Office buildings, temperature-controlled warehouses and storage units are a great fit for the same reason. Ward’s Ridge, a medical office building profiled on p.30 of this issue, is a great case study.

Restaurant chains and convenience stores, which make up another significant chunk of commercial low-rise construction are also using ICF, as franchises are seeking to build a series of stores at an affordable price. The fact that ICFs work anywhere on the continent is also attractive.

Midrise construction, between three and seven stories, is one of the brightest spots in commercial construction for ICF. Apartment buildings, student dormitories, senior housing, and more fit into this classification. In the Waterloo/Kitchener region west of Toronto, no fewer than 80 buildings of this type have been built; several of them are actually high rises between 15 and 25 stories tall. In this type of construction, precast concrete planks are common for floors, with light gauge steel framing for interior walls. Martin Hall, a student dormitory in Kentucky, is profiled on page 26 as a case study in this sector.

While church construction may not be an obvious niche, ICF churches and worship facilities are not uncommon. Once again, the developer is also the long-term owner. In Arizona, ICFs have been used to build more than a dozen Catholic churches with soaring arches and towering ceilings. But ICF churches have also been built in Ohio, Florida, Texas, and a number of other states as well. In a few cases, ICF churches have been built using volunteer labor from the congregation. In addition, ICFs have been used to build monasteries and church youth retreat facilities. 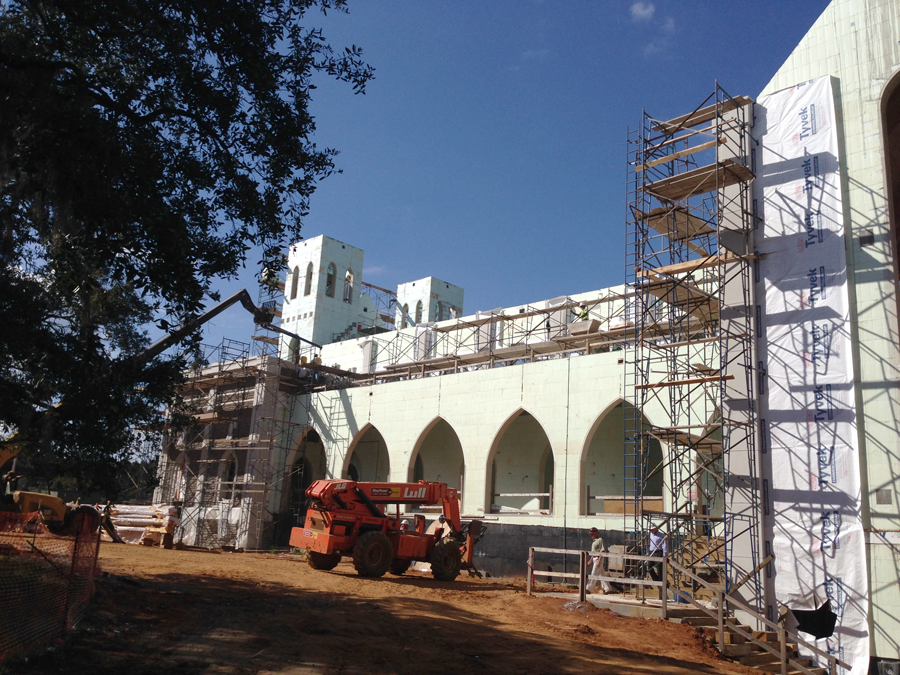 ICFs have been used to build worship facilities of many different styles. This Anglican church in Florida was built with ICF and takes inspiration from the gothic cathedrals of Europe. 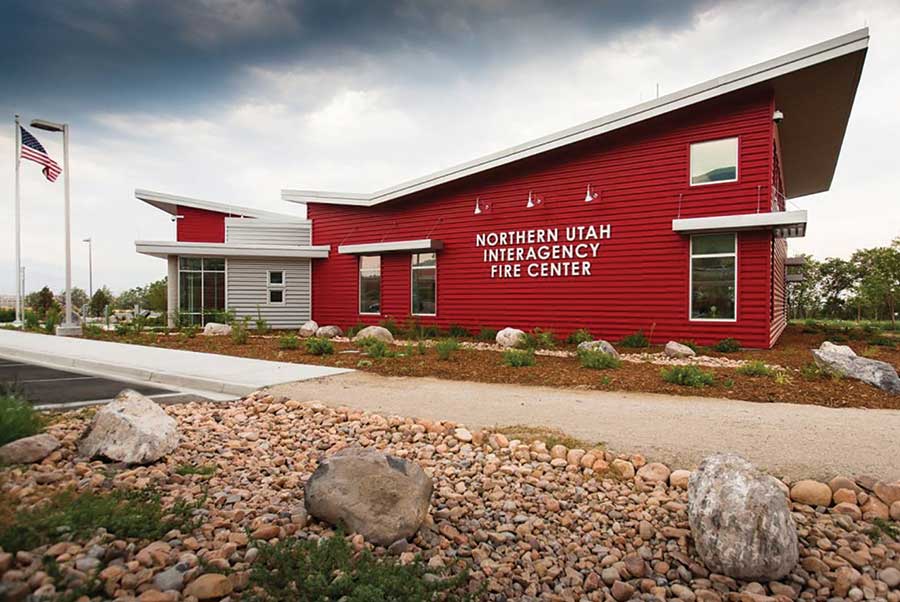 This Utah wildfire command center is just one example of the dozens of fire stations and other municipal buildings built across the U.S.

Proven to be one of the most blast-resistant building methods available, ICFs have been shipped to Afghanistan and Iraq to create solid, safe facilities for our armed forces, and they’re being used on military installations domestically as well. 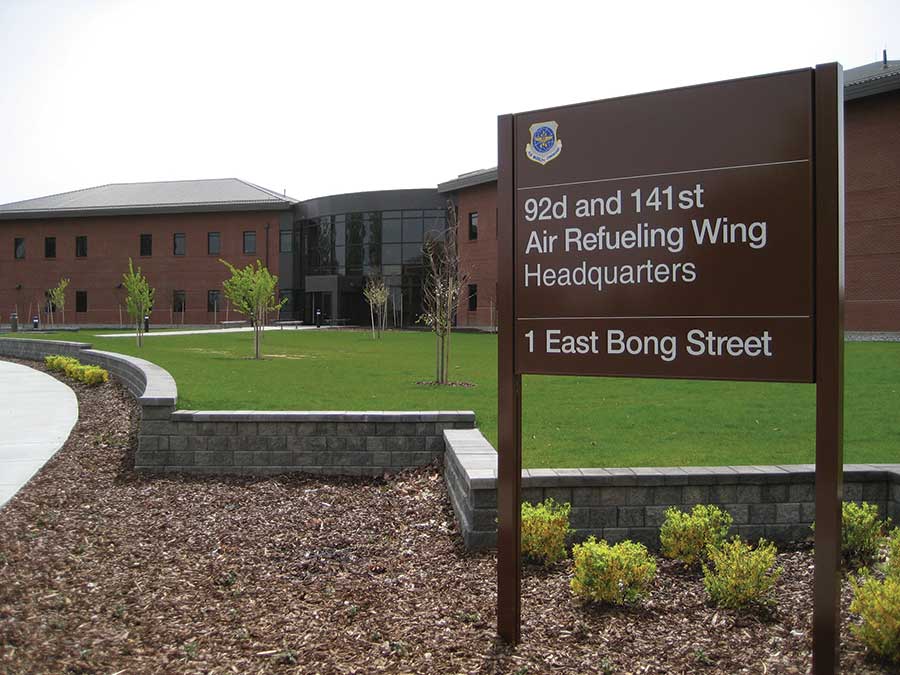 This administration building on Fairchild Air Force Base outside Spokane, Wash., is a great example of the many applications ICFs find in the military.

Educating owners and architects requires a significant investment, and it usually is a process of months, not weeks. However, ICFs have already penetrated every sector and subsector of commercial construction, and case studies are available on this magazine’s website for virtually all of them. Jails, hospitals, even mine shafts, have been built with ICFs.

Owners of commercial buildings are more performance-oriented than their residential counterparts. Energy efficiency, air quality, sound reduction, maintenance, durability, and disaster resistance are more significant in the commercial sector, and ICF excels in all these areas.

When Tech Assistance is Needed Most: Tips for DIYs 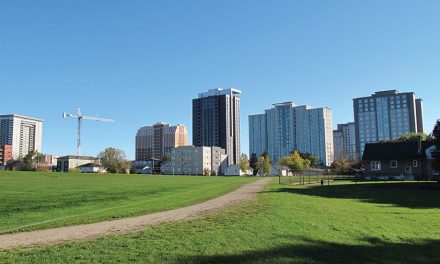