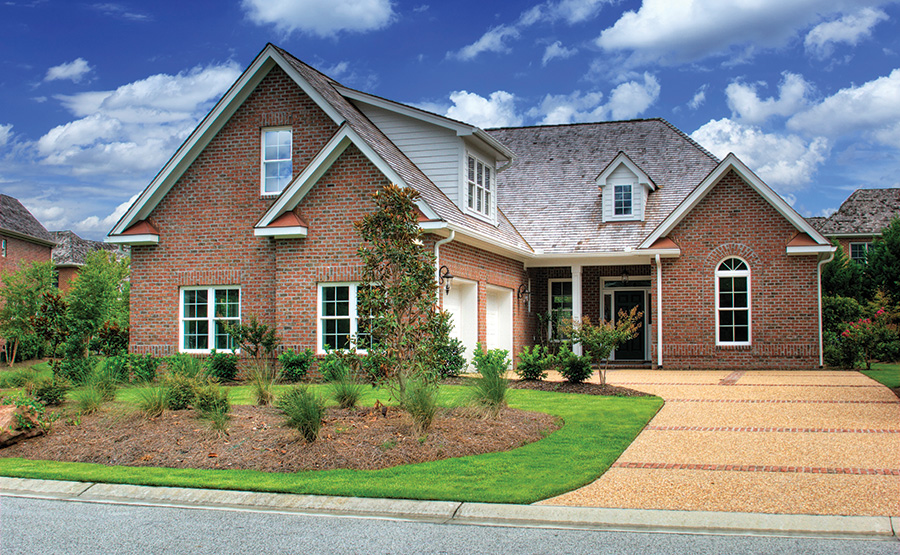 Sustainability is the construction buzzword of the 21st Century. A recent survey from Booz Allen Hamilton reports that the green building sector is growing much faster than the overall construction industry—nearly 20%—and will continue to do so for the foreseeable future. 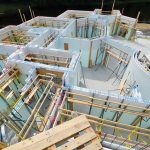 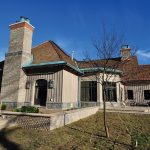 For more than 15 years, this trend has been driven by the U.S. Green Building Council (USGBC). In recent years, though, the movement has taken on a life of its own. In 2005, green building contributed $12 billion to the U.S. economy. By 2010, it had exploded to $50 billion, and last year was worth an astounding $150 billion. The USGBC estimates that in 2016, nearly half of all new non-residential construction in the U.S. will be green.

While there are other organizations promoting sustainability, no other entity can match the USGBC, which has defined “green” through their Leadership in Energy and Environmental Design (LEED) certification program. The current version, LEEDv4, became mandatory last year, and puts a stronger emphasis on energy savings and tracking than previous iterations.

Building green is more than just energy efficiency. LEED also considers proximity to mass transit, site sustainability, water use, waste, and a number of other factors in compiling a total score. 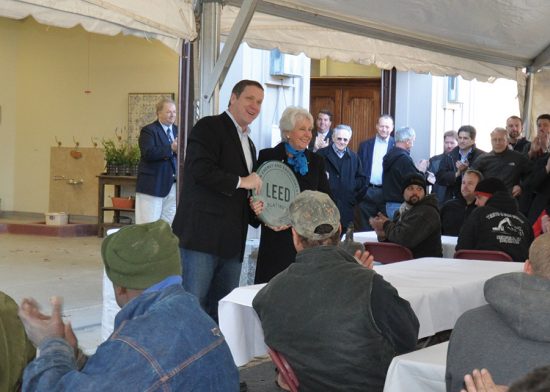 When completed four years ago, Snook Hollow in New York was the highest-scoring LEED-Homes project in the world, thanks in large part to ICF walls and floors (at left). The home was so impressive that the president of USGBC presented the award personally (below).

Still, Francis Roma, technical director at Logix ICF, calculates ICFs can contribute 32-35 points toward certification. Most ICF projects should be able to pick up all 18 points (16 for schools, 20 for healthcare) under the “Optimize Energy Performance” subcategory, and an additional seven for durability in the “Life Cycle Assessment” section. (For more on ICFs and LEEDv4, see the Nov. 2015 issue of this magazine.)

It should come as no surprise then, that Insulated Concrete Forms have a proven track record at all levels of LEED certification. For designers aiming for platinum, ICFs are seen as the wall system of choice. For more than a decade, some of the highest-scoring LEED projects have been built with ICFs, in both the residential and commercial sectors.

Snook Hollow is an estate-class ICF home near Syracuse, New York. The owners were aiming at LEED-Platinum certification, and exceeded their own lofty expectations. Despite a several-point-penalty for exceeding the maximum square footage allowed in a green home—the residence is well over 10,000 sq. ft.— it was at the time of its completion in June 2012, the highest scoring LEED-Homes project in the world. The score was so impressive that USGBC president Rick Fedrizzi personally presented the award.

“I think in the construction industry we need owners and developers that are not afraid to reach beyond what was thought possible and raise the bar to push the industry forward,” says the principal architect. “When you step back and see the home and how well it performs, it has completely shattered the notion that a large home beyond a certain square footage can or could ever be green.” 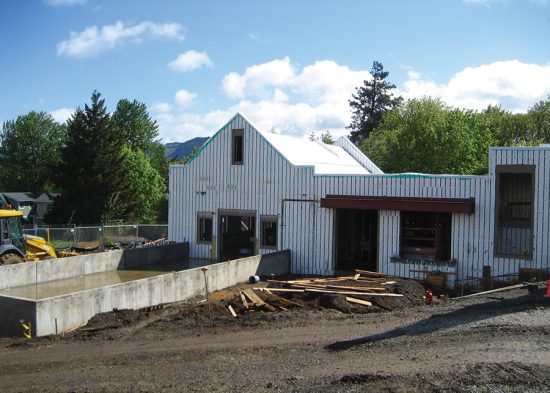 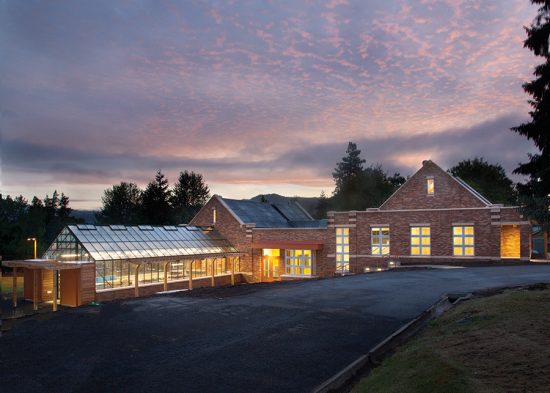 Oregon’s Hood River Middle School (above) was one of the first commercial LEED-Platinum projects. Solar panels bring its net energy usage to near zero.

ICFs are one key to the home’s efficiency. Built with Quad-Lock, the inside face of the wall used a regular 2¼” panel while the exterior used the thicker 6¼” Xtra Panel.

Floors were formed with Insuldeck, and support a radiant in-floor heat system coupled to five geothermal units. A bank of solar panels reduces consumption to 7% of what a code-minimum home of that size would require. Although it was built before the LEEDv4 energy tracking requirement, the owners have committed to report energy usage for five years.

The architect continues, “This project…has proven that no matter what the square footage, any home can be green and sustainable. The hope is that others will continue to push the envelope and strive to raise the bar past where this team has set it.” (For more on this project, see the Jan. 2014 issue of this magazine.)

Perhaps the first ICF Home to achieve LEED Platinum is The Primrose at Landfall, a 2,700 sq. ft. private residence in Wilmington, NC. Built with Logix back in 2008, it was the first ICF project for the GC, who self-performed the ICF install and had the walls stacked and poured in just eight days.

While living in one of the most elegant homes in the city, the owners enjoy $2200 of annual utility savings, as well as save over 100,000 gallons of water yearly. (For more on this project, see the Feb. 2010 issue of this magazine.)

The latest LEED-Platinum home, Ecologia Montreal, is profiled in this issue beginning on p.16. Built with Nudura ICFs, it has been featured on more than 100 websites and 60 magazines.

But not all LEED-Platinum homes draw attention. The Thomson residence, near Houston, Texas, blends perfectly into the surrounding middle-upper-class neighborhood, with just less than 6,000 sq. ft. of floor space and a typical brick-and-stucco finish. Yet it’s one of the most innovative homes in the country. 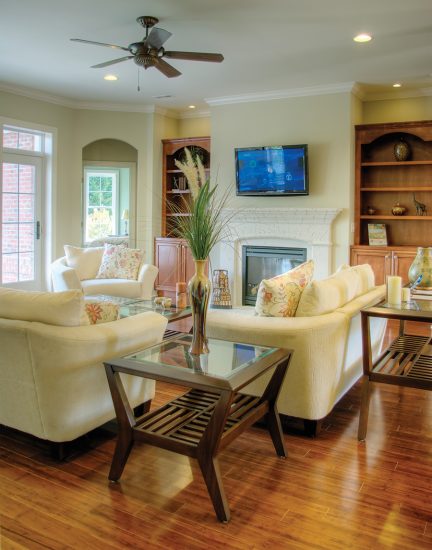 This beautifully appointed home near Houston is not only LEED-Platinum, but also meets the highest standards of disaster resistance.

Built with BuildBlock brand ICFs, it is the first “triple certified” home in the U.S. Not only has it earned a LEED-Platinum rating from the USGBC, but it also has a disaster-resistant “Fortified” rating from the Institute for Business and Home Safety, and a “Zero Energy Ready” from the U.S. Dept. of Energy. It looks and functions like any other home on the street, but was sustainably built, provides much of its own electricity and hot water and should withstand most disaster scenarios as well.

ICFs contribute to platinum-level LEED certification in the multifamily sector as well. Palermo Vista, profiled on p.20 of this issue, achieved the highest level of certification possible, LEED-Platinum. The 16-unit ICF townhome development on the northern outskirts of Orlando looks great, too. It’s designed to resemble Tuscan village, with tiled roofs, wrought-iron balconies, and faux-aged stucco.

Like Palermo Vista, the East Hill Duplex in Vernon, B.C., Canada, was built with Logix ICFs. They have also been certified LEED Platinum. The 5,500 sq. ft. duplex was an infill project, replacing a neglected 1100 sq.ft. 1950’s era home. In addition to ICF walls, the new residences use ground-source heat pumps and energy recovery ventilators to boost efficiency, as well as rainwater harvesting and soya-based spray insulation to improve sustainability scores.

One of the first commercial ICF projects certified LEED-Platinum was Oregon’s Hood River Middle School, completed in 2010. Designers wanted to go beyond “green” to create a net zero energy building. It was built with the now-obsolete Arxx block. It proved to be 55% better than code, with the remainder made up through renewable sources. 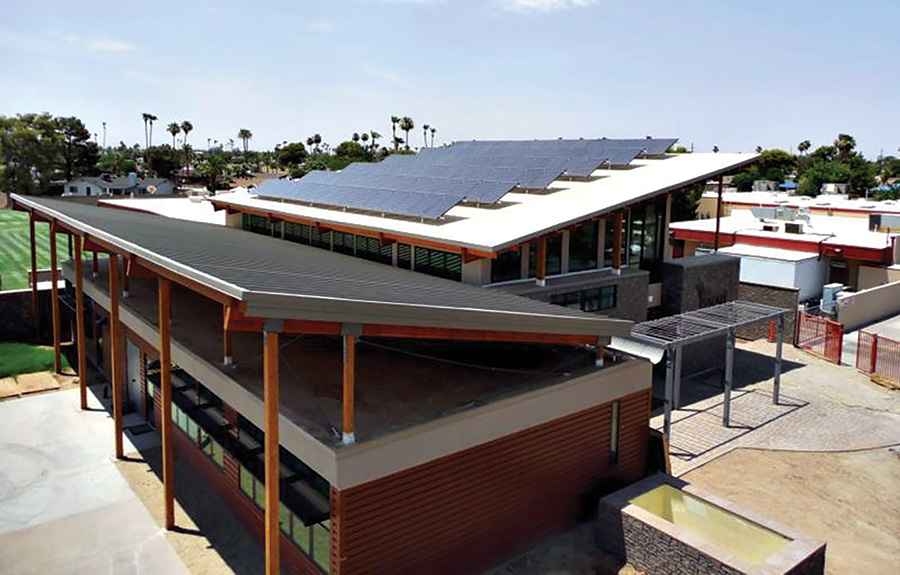 Getting to LEED-Platinum can be expensive, but it doesn’t have to be. The Safari Green School House in Phoenix, Ariz., was built entirely with donated material and labor. Amvic donated the ICFs, with Rod Fetters and the crew from and ICF Specialist providing the labor and expertise for the install. Drake Cement and Fleming Pumping provided the concrete and placement, with Dryvit donating the exterior finishes.

The goal was a noble and ambitious one: a highly sustainable school for low-income K-6 students using only donated materials, labor and funds. Over five years, they were able to complete 90% of the project, with the school district stepping in to fund the final 10%. The project did, however, reach LEED Platinum certification. Named Roadrunner Elementary, it opened in time for the 2014-2015 school year.

Schools are actually the most common type of commercial LEED-Platinum project, followed by office buildings, and both are present in the tiny town of Greensburg, Kansas. Literally wiped off the map in 2007 by one of the most powerful tornadoes in history, the community has rebuilt over the past few years with help from donors. Playing off the name of the town, the non-profit Greensburg GreenTown is committed to making the new city as green and durable as possible. 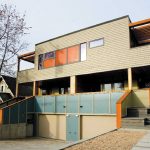 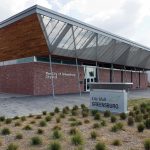 City hall in Greensburg, Kansas, is just one of many disaster-resistant LEED-Platinum buildings in the town.

ICFs are understandably a major part of this effort. So far, the list includes three churches, the city hall, a grocery store, a People’s State Bank and at least two office buildings. Even more impressive, nearly all of the public buildings built to date have qualified for LEED Platinum certification,

The Kiowa County Common, built with Logix ICF, scored LEED-Gold. The city hall, however, reached LEED-Platinum, thanks in part to solar panels, ground source heat pumps, reclaimed materials, and a vegetated roof. The John Deere dealership, business incubator, and K-12 school also all scored Platinum, as well. All are built with ICF.

ICFs are used for all sorts of commercial buildings built with sustainability in mind. For instance, the film studios featured on p. 24 of this issue used ICF primarily for speed of construction, sound absorption, and energy efficiency, but they also contributed significantly to its eventual gold-level LEED certification.

Anatomy of an ICF Plan Conversion