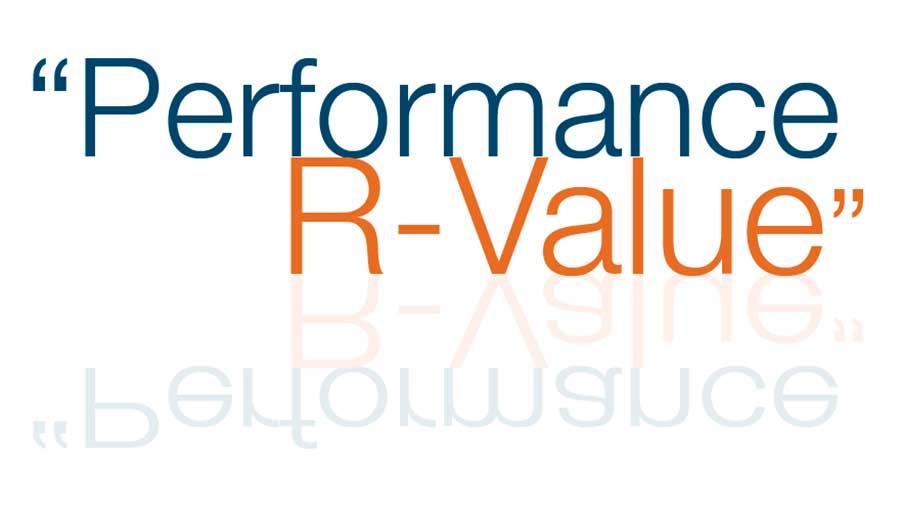 That’s because R-Value tests measure only thermal resistance, not taking air infiltration, thermal mass, or conductivity into account. “R-Value is a number that has been poorly defined and even more poorly understood,” says Juan Garcia, a noted energy consultant.  “It most certainly never blows or snows on lab technicians,” he says, “but those factors have a dramatic affect on actual field performance.”

Fortunately, several side-by-side comparisons have been conducted to document actual field performance of ICFs.  As an additional benefit, the studies provide a benchmark for construction cost comparisons.  The results may surprise you.

One home was built with a screen-grid ICF system (ReddiForm), one with a knockdown flat wall system (Lite-Form), and one with traditional wood framing. Approximately 16% of the exterior wall area was comprised of windows and doors.  Researchers noted the fenestrations had a disproportionate effect on sound attenuation. ICF walls with no windows “had superior noise reduction properties…When windows were located within the ICF wall, however, the sound performance of the wall assembly closely matched that of the window.”

Energy Comparison:  The executive summary reports, “The two ICF homes were approximately 20% more energy efficient than the wood-frame house.  This difference is largely due to the higher effective R-value of the insulation. The results suggest that the contribution of thermal mass and ground coupling…was not significant.”

Surprisingly, air infiltration rates were quite similar.  “There was no significant difference in air leakage test results among the three homes,” the report states, noting that the limited volume and wall area of the small homes may have skewed results. The relatively large percentage of window and doors likely affected energy performance and air infiltration rates as well. 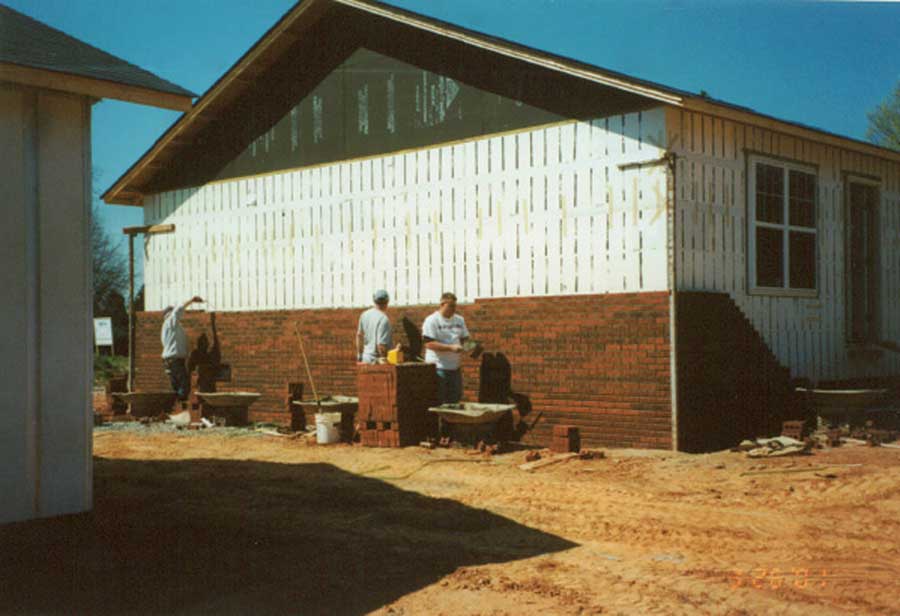 The homes were all equipped with the same size heating units (2-ton), which is significantly more than the ICF homes required. By “right-sizing” the HVAC equipment in the ICF units, additional energy savings would have been realized.

Cost and Labor Comparison:  The contractor had built this particular home plan many times before with both ReddiForm
and wood frame.  It was his first experience with Lite-Form.  “The total installed cost of the ICF systems were $2,792 and $3,282 greater than the wood-framed home,” states the report. “This is roughly 6% to 7% of the overall construction cost or 3% to 3.5% of the $94,000 sale price.”  It works out to be an additional $2.55 per sq. ft.

Regarding labor, both ICF foundation walls took less time to complete than the concrete block foundation used in the wood-frame house, and the ReddiForm unit—the ICF the contractor had experience with—was built in the same amount of time as the stick frame house.

Complete results of this study are available in a booklet published by the PCA titled “Concrete Homes vs. Wood Frame Homes.”

More recently, Buddy Hughes, a North Carolina builder and owner of Hughes Construction, conducted a more ambitious experiment.  With support from the U.S. Dept. of Housing and Urban Development (HUD) and the NAHB Research Center’s Partnership for Advancing Technology in Housing (PATH), he built four 2,050 sq. ft. duplexes with identical layouts, systems, and equipment, using different structural walls.  Like the earlier NAHB study, labor and material costs were closely monitored.  Hughes is now a regional manager for Logix ICF, and was given the “Ritchie Scott Award” in 2007 by the ICFA for being the most influential person in the industry.

The site for the experiment was just outside of Lexington, N.C., about 60 miles north of Charlotte and 95 miles southwest of the Raleigh-Durham area.

The results, published in December 2005, are surprising.  The final construction cost of the ICF duplex was 19% higher than the wood-frame baseline building—an extra $6.89 per sq. ft.  The report author notes, “The variance between the ICF building and the wood is higher than projected or documented in previous demonstrations,” and lists the reasons. Installers used a skid-steer mounted pump to place the concrete, instead of a boom truck, which unnecessarily complicated the project.  Subcontractor labor was also uncharacteristically high: electrical work was 25% higher than wood frame, and door and window installation was triple the wood-frame cost. 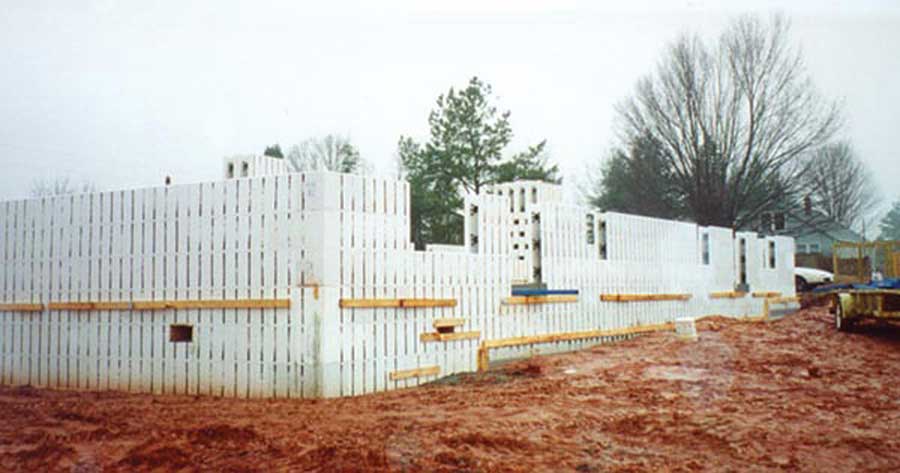 The ICF unit was the most efficient (12.7% less heating energy and 16.6% less cooling energy than the wood baseline.)  The difference wasn’t greater because of specialized techniques used in the wood-frame unit.

“I know the carpenters used at least three boxes of caulk to seal the wood frame house,” Hughes says.

The PATH report confirms this, admitting it is not a widely practiced technique. “The wood baseline structure was caulked extensively, including back-to-back wall studs, wall plates to deck sheathing, and window jambs to surrounding frames,” it states.

With properly sized HVAC equipment and a uncaulked
wood baseline, the report could have given a truer picture of ICF energy savings.

The caulking and masonry also skewed the results of the acoustic testing, although ICFs still beat the other three systems.

Like the NAHB study five years earlier, the Hughes Report notes that, “Due to sound flanking around assemblies and through doors and windows, there was only a small difference in sound attenuation between alternative building materials and wood-framed construction.

The complete, 113 page Hughes Report is available online.  A link can be found on our website: www.icfmag.com.

The VanderWerf Study, although not technically a side-by-side comparison, is one of the most enlightening.  In 1997 Dr. Pieter VanderWerf, a well-regarded ICF expert, compared 29 stick-frame homes to 29 similar ICF homes in an attempt to quantify energy savings.

“Each ICF house was compared to a frame house that was (1) nearby, (2) of similar square footage, and (3) of new construction (less than 6 years old),” the study reports.  “They then adjusted the energy consumption of each house to control for differences in size, design, foundation, number of occupants, thermostat settings, and HVAC equipment…

“The energy savings rates (44% for heating 32% for cooling) showed no discernable relationship to local climate.  That is, it was impossible to detect that savings rates for either heating or cooling went up or down appreciably in warmer or cooler climates…

“Absolute savings will be higher in extreme climates, where total bills are higher.  Projected savings on heating are several times greater in cold climates (Minneapolis: $342 per year for a 2,000 sq. ft home) than warm ones (Dallas: $100).” 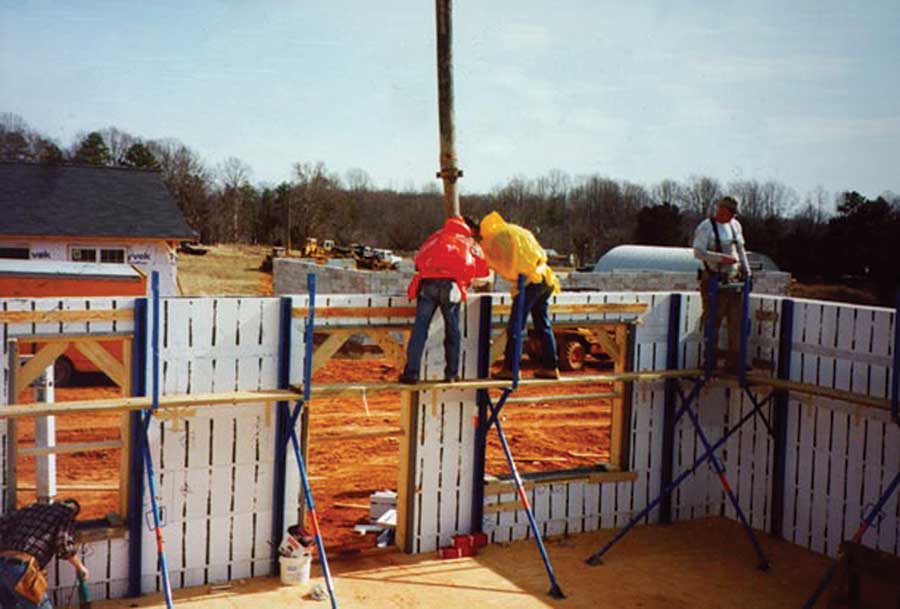 The fact that energy savings do not increase in more extreme climates casts some doubt on the “thermal mass effect,” Theoretically energy savings should increase when outdoor temperatures fluctuate widely around the thermostat set point, but VanderWerf’s study did not find this to be the case.

One other item of note in the VanderWerf Study: when ICF homeowners were asked what they liked most about their home, quietness or reduced noise was the most common response (65%). Energy efficiency was second (38%), with comfort, even temperature, and lack of drafts rounding out the top five.

Frame homeowners, on the other hand, listed “items that are available in any new house regardless of construction,” such as layout, location, and involvement in the construction process.

The VanderWerf Study, formally titled Energy Comparisons of Concrete Homes Versus Wood-Frame Homes can be purchased through the PCA bookstore.

Obviously, the issues of how much ICF construction costs, the amount of energy they save, and the physics of how that is accomplished, is far from settled. Additional studies need to be completed, several of which are already underway.

In Bismarck, N.D., students at Bismarck State College are comparing Nudura ICFs to conventional stick-frame construction in a side-by-side experiment.  Built by construction management majors, the buildings are expected to be completed this fall.

In New York, a recently completed ICF home has thermometers mounted in the concrete core every two vertical feet on a twenty-foot-tall section of wall to gather data on the effect of ground coupling/thermal wicking on indoor temperatures. 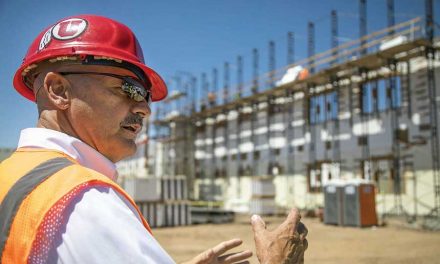 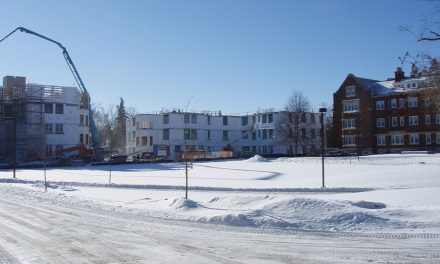 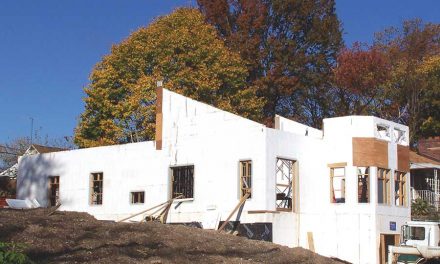 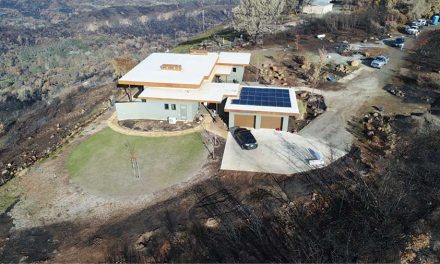