by Kenneth A. Luttrell and Joseph C. E. Warnes

A new website, www.tornadoproofhouses.com, is promoting ICF walls and concrete roof systems as the best solution to the devastation created by tornadoes, hurricanes, and earthquakes.

2011’s crop of big tornadoes has dramatically demonstrated to the conventional home building industry in North America that the technology for building houses according to contemporary codes and construction practices does not adequately protect such houses against the forces generated by tornadoes.

The lessons learned, particularly at Tuscaloosa, Ala. and Joplin, Mo., are clearly delineated by the fact that not one single wood-framed house survived in the direct path of the tornadoes. They were all indiscriminately turned into kindling.

Tornadoes are far and away the most devastating disasters to challenge home owners in North America. They are about four times more destructive than hurricanes or earthquakes. And yet it is not at all technically difficult to design and construct homes that will stand up to these monster winds. And they can be built for approximately the same cost as wood-framed houses.

Damage
Both of the big winds cited above were classified as EF5 tornadoes. Both EF4 and EF5 tornadoes leave wood-framed houses as piles of rubble. A tornado as small as an EF3 usually renders a conventional wood-framed house unsalvageable. Even an EF2 will do costly damage, perhaps making retrofitting of the house impractical.

Even if a moderate tornado removes only the wood-framed roof, but leaves the walls standing, rain damage to the interior of the house can be most severe and very costly to salvage and restore. In most cases, these homes are declared a “total loss” for insurance purposes. There is also a concern that people living in the house will be sucked out into the vortex when the roof is gone.

If any reader is able to document the intact survival of a wood-framed house after a direct hit by EF3-5 tornadoes, the presenters would deeply appreciate receiving any reference and documentation of such an event.

Studies have revealed that big tornadoes, are four to five times more destructive to structures than a Maximum Credible Earthquake or a Category 5 hurricane. So the corollary might be that if one designs a house to be tornado-resistant, one covers all of the other natural disasters as well.

Wood Isn’t Adequate
The tragedy in North America is that builders are not familiar with relatively simple methods available that are definitely capable of resisting EF-5 tornadoes. Most homebuilders tend to rebuild the destroyed houses with the same vulnerable technology with which they were built originally.

The mainstream building industry continues to pursue ways to build a survivable wood-framed house even though it appears to be technically impossible to design and construct any single-family house using traditional North American “wood-frame” construction materials and methods that will withstand a direct hit from an EF4 or EF5 tornado.

It’s true that with careful attention to details, wood-roofed houses with reinforced concrete or masonry walls can be designed to resist earthquake or limited wind forces, but not forces imposed by an EF4 or EF5 tornado. There appears to be no documentation of any such wood-frame house ever having survived such a violent wind anywhere in North America. Last spring’s widely publicized events graphically demonstrated this.

Lessons from Guam
Can a structure survive an EF-4 or 5 tornado without damage? The answer is an emphatic yes, if they are built as reinforced concrete shells.

The technology for designing and building tornado-resistant houses has been around since 1963. An article titled “Disaster-Resistant Shell Houses” in Concrete International magazine, published in May 2008 discussed in detail the sterling performance of reinforced concrete houses over the past nearly one-half century despite being hit with numerous strong typhoons and powerful earthquakes on the island of Guam.

In 1962, Typhoon Karen roared across the island of Guam with wind gusts up to 185 mph, cleaning the island of most of the conventionally constructed houses. Following an appeal to the U.S. government by the Guam governor, President John F. Kennedy directed the development of typhoon-resistant houses.

The houses that were developed used precast concrete walls which were made at the building sites and tilted into position. The roofs utilized cast-in-place reinforced concrete. All of the elements of a house, floors, walls and roofs, were intimately connected with steel reinforcing bars in order to create a box, or shell. Instead of building storm shelters inside a house as is usually done in North America, the entire house became a storm shelter. The only vulnerable features of such structures are the wall openings, such as doors and windows.

In 1993, Guam, a frequent target of earthquakes caused by movement of ocean floor plates in the Pacific Ocean (often referred to as the “Ring of Fire”), was visited by a Richter 8.1 earthquake. There was no reported structural damage to a single reinforced concrete shell house.

In 1997, Typhoon Paka hit Guam bringing wind gust velocities of more than 240 mph, equivalent to an EF5 tornado. Again, there was no record of structural damage to the concrete shell homes. So, reinforced concrete three-dimensional shells have repeatedly proven, by actual performance, to be reliable for houses exposed to nature’s most serious wind and seismic violence.

Disaster-Resistant Shells
In order to assure that the concrete shell structure will develop its full capability to resist imposed destructive forces, it is essential that the roof structure provide a competent structural diaphragm incorporating a cast-in-place reinforced concrete slab or well-connected precast concrete planks in order to develop the full potential of a concrete shell. (Wood-frame roofs fall into the same category as wood-frame walls. They simply disintegrate in a big wind. The next time you see TV news films of a tornado hitting a house, observe what goes first. Watch the roof!)

A disaster-resistant concrete shell must have an integral reinforced concrete roof, detailed as a diaphragm in order to maximize the potential strength of the shell structure. Such a roof connects all of the walls together into a three-dimensional box. This usually takes the form of a cast-in-place structurally reinforced concrete diaphragm slab roof, but precast concrete panels can also be used.

The use of insulated concrete forms (ICFs) make it possible to obtain any practical level of energy conservation required by contemporary building codes.

Conclusions
The performance under disaster duress of reinforced concrete shell houses has been demonstrated by real-life experience with houses built on the island of Guam. They have survived without damage, some for up to fifty years of battering by tornado force winds and major earthquakes.

The authors of this article have developed a website to promote the advantages of Tornado-proof concrete construction. Visit the site at www.tornadoproofhouses.com.

Kenneth A. Luttrell, SE/FSEAOC MACI has been a Practicing Structural Engineer since 1964, and was a participant in the Tilt-up Concrete Association, (TCA), Task Group that evaluated the roof and wall connections of the Home Depot building that was destroyed by the EF-5 Tornado in Joplin, Missouri in 2011. He is a Past President of the Structural Engineers Association of California, (SEAOC) and current SEAOC Wind Committee Chairman.

Joseph C. E. Warnes, PE/CE FACI FPCI, has spent his entire career in concrete promotion and construction. He was Project Manager for the Design and Construction of Disaster-Resistant Concrete Houses for California State Migrant Worker Housing Demonstration Project, and has extensive experience in trade association and large concrete project consulting. 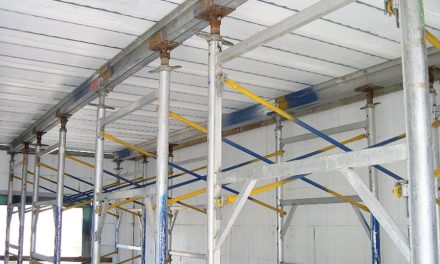 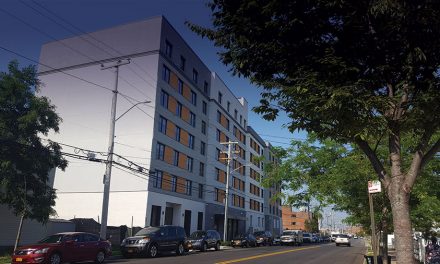 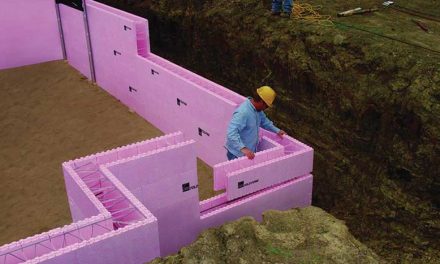