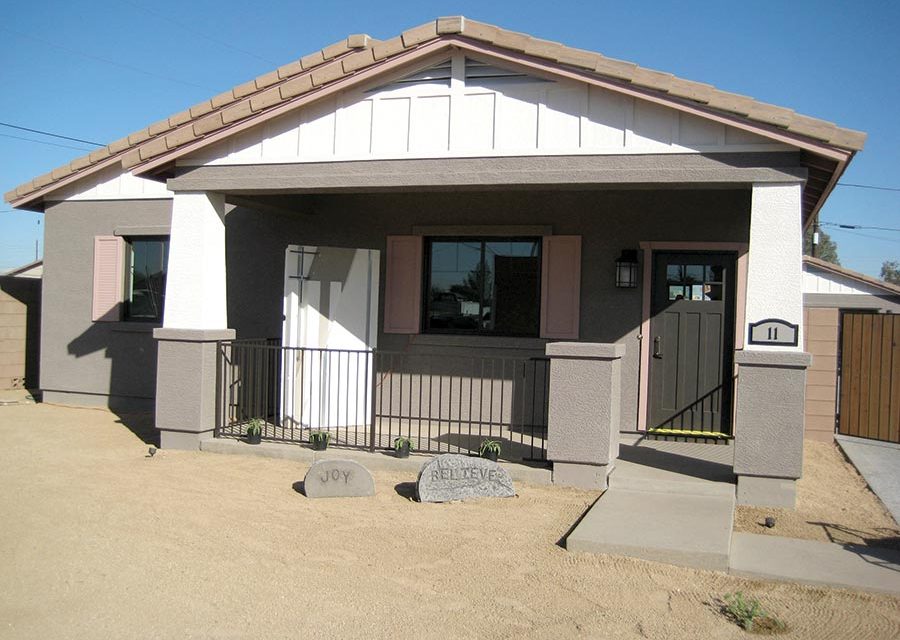 One of the highlights at November’s Greenbuild 2009 show was the Concrete Home of the Future. With just over 1,300 sq. ft., it’s one of the more modest show homes built in recent years. (It was built by the local Habitat for Humanity chapter as a demonstration of affordable, sustainable construction.) But it is also be one of the most impressive.

The home is built with insulating concrete forms (ICFs) and uses a range of other off-the-shelf products to achieve net zero energy use. The home is so efficient that it’s already been awarded LEED-Platinum status. Eighty points out of a possible 126 are required for certification at this level; this Habitat home scored 114. The HERS rating came back at a negative four, indicating the home could generate more energy than it consumes. 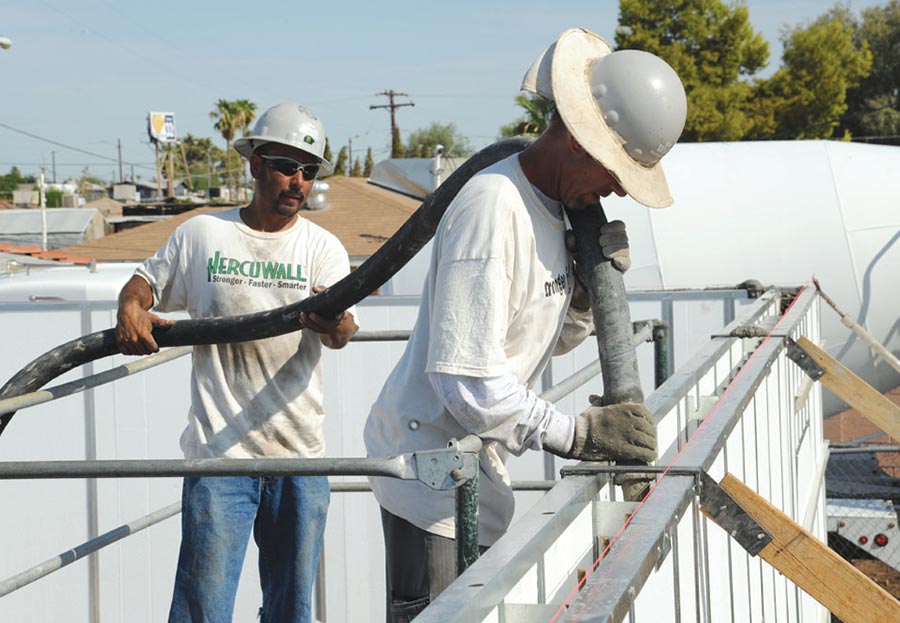 The house has been so successful at demonstrating that sustainable is also affordable, that promoters are already billing it as “the little house that changed the world.” Rick Fedrizzi, president and CEO of the U.S. Green Building Council chose the front porch of this home to hold his press conference and officially launch the USGBC’s GreenBuild conference.

A major share of the home’s affordable, energy-saving design is the exterior walls built from a new kind of ICF. HercuWall uses vertical ICF panels, which are delivered to the jobsite precut to the finished height of the wall. Steel furring strips make interior finishes easy. The wall uses a unique post-and-beam concrete design, with horizontal concrete beams at the top and bottom of the wall only, without the regular horizontal reinforcement most screen-grid designs have. 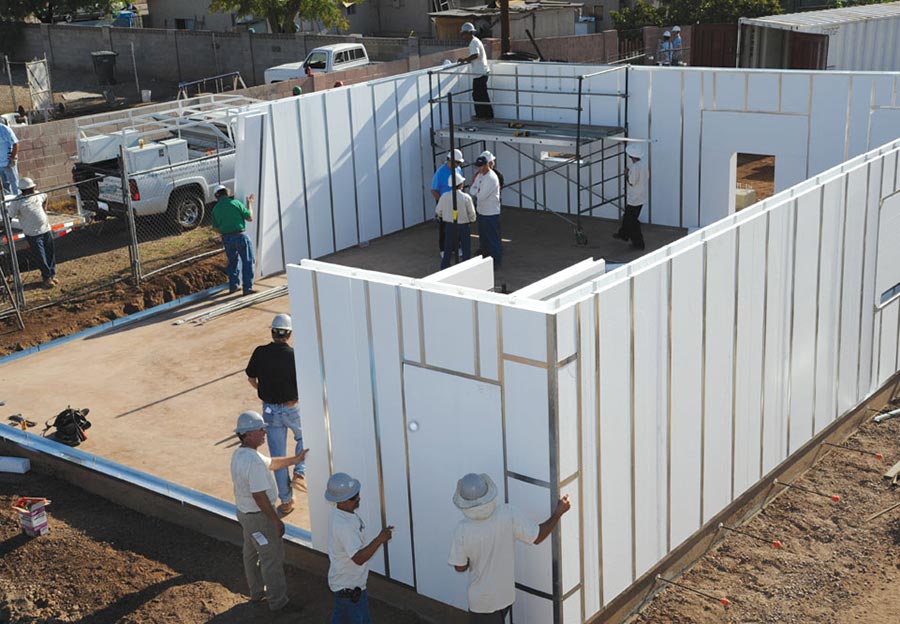 The additional foam means less concrete is required to fill the wall, less pressure during the pour, and more insulation for the homeowner. Michael Neimann, CEO of the company, estimates the wall is equivalent of R-30.

The ICF install was done by a four-man crew provided by local ICF installer The Wall Company. Arriving as a pre-engineered “kit”, the crew offloaded and set the perimeter walls for Habitat’s 1,320 sq. ft home in two and a half hours. The pour was also quick, taking under two hours to complete.

Panelizing the job provided some significant benefits. It eliminated jobsite clutter and required less time on the site.

Window and door openings were braced with the foam cut from the opening. These “blanks” were recycled by the foam supplier.

The wood truss roof was insulated with spray-applied, closed-cell urethane foam, and doors and windows were carefully selected to ensure energy efficiency. The completed building envelope is 50% more efficient than the 2006 model energy code suggests. The array of photovoltaic solar panels in typically-sunny Phoenix make the project a net energy generator.

The project was spearheaded by Scott Palmer at Salt River Materials Group, a cement supplier based in Scottsdale. Palmer is also on the Portland Cement Association’s board of directors, specializing in residential construction.

The “Concrete Habitat for Humanity Home of the Future,” used a host of innovative cement-based products in addition to ICF walls. These include a pervious concrete driveway, concrete countertops, and concrete floors with integral color. 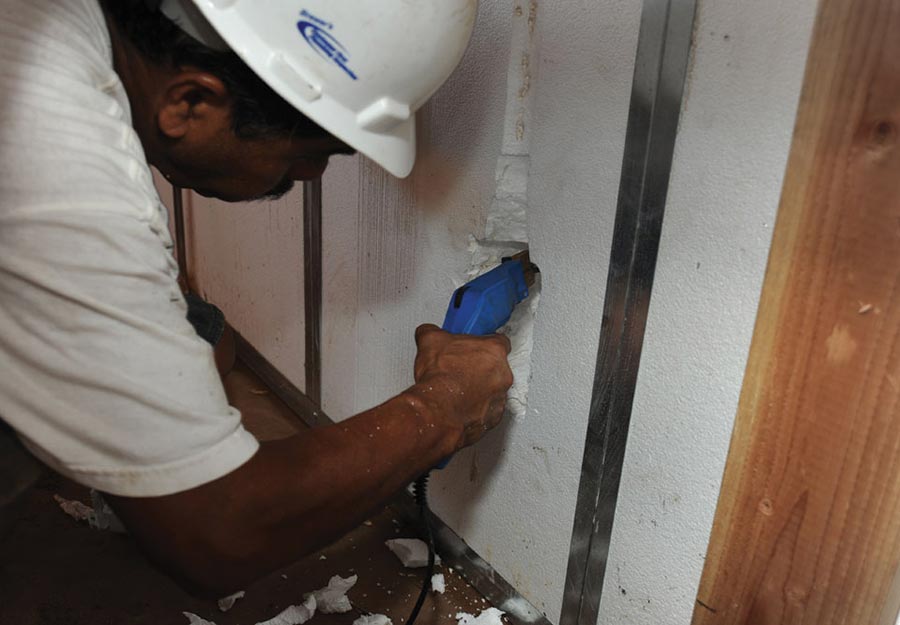 While the home has not yet generated a history of energy savings, there are sure signs that it will. For example, instead of a code-prescribed 4-ton HVAC unit, this house required only 1.5 ton.

“This demonstrates the affordability of energy-efficient, green technologies,” says Tom Gardo, media contact for the home. “With the ability to build faster, stronger, and smarter, contractors can differentiate themselves as the consumer’s preferred green alternative.”

Palmer adds, “Not only have we developed a high-performance home that will exceed the stringent regulations set forth in the current Energy Bill for new home construction, but more importantly, we have provided a very high quality and beautiful home for a deserving family.” 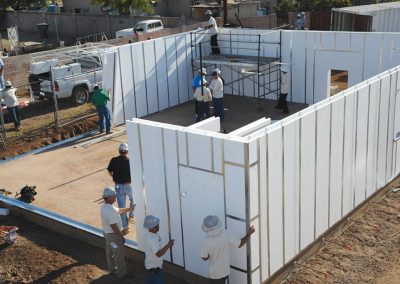 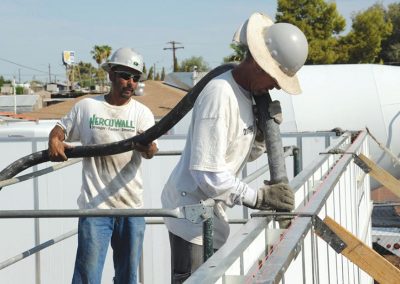 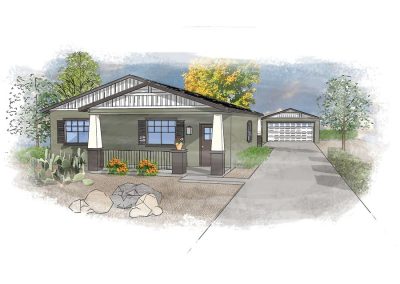 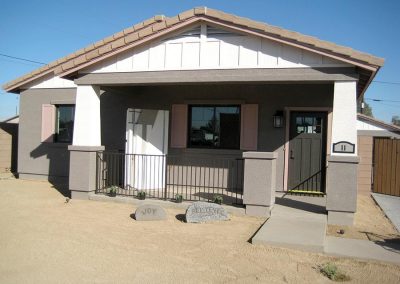 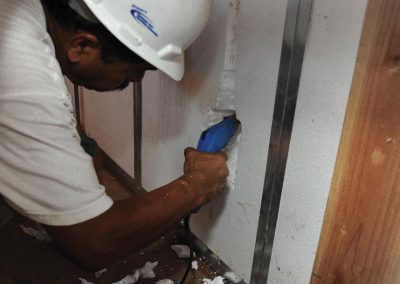 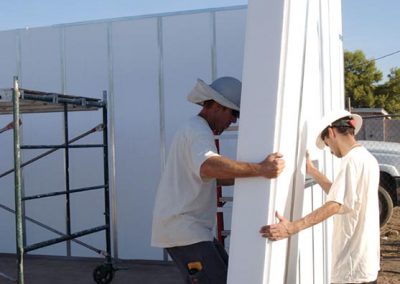 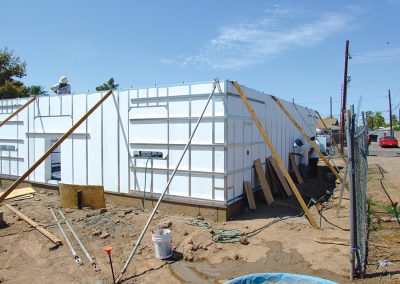 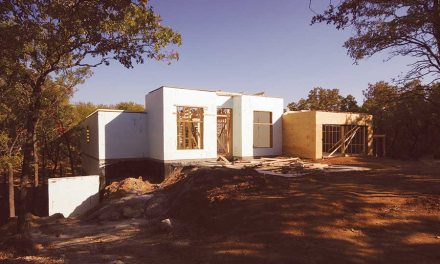 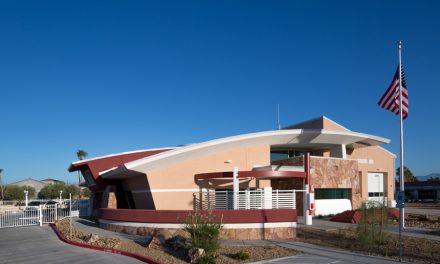 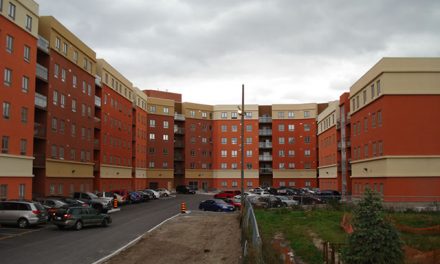 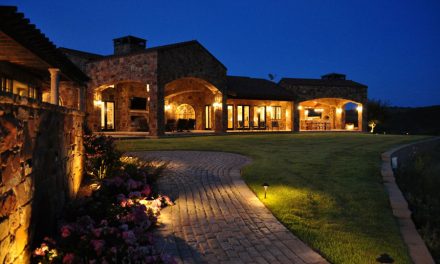