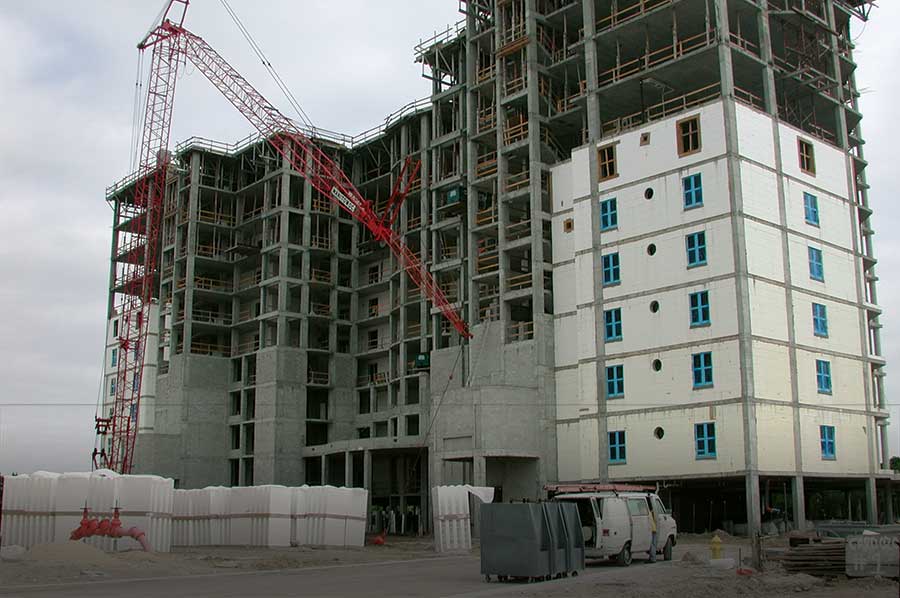 The 11-story Waterside IV condominium near Tampa, Fla., is an outstanding example of commercial ICF construction. The contractor estimates he shaved more than 30 days off the schedule by using ICFs.

Ed Sullivan, chief economist with the Portland Cement Association, reports overall commercial construction has grown 17.7% in the first 7 months of this year. That matches well with this magazine’s prediction last December that commercial ICF use would grow 25% in 2007.

“I believe the increase in commercial ICF construction is a testament to the overall strength of the ICF building concept,” says Hank Pfeiffer, COO at Reward Wall Systems. “ICF construction provides benefits, not just to homeowners, but to commercial contractors and developers as well. It’s hard to argue with ease of construction, quality, strength and durability of the finished exterior envelope.

“The performance of the building in terms of energy efficiency, air quality and comfort, not to mention safety is as important, if not more important, in a commercial structure,” he added.

“Energy efficiency is much more on the minds of commercial builders and commercial owners than it is for individuals,” explains Patrick Murphy, president of American PolySteel. “Commercial construction is performance driven, which is why ICFs are making bigger inroads in the commercial market.”

“The commercial market is the growth market for ICFs,” says Vera Novak, technical director for the ICFA. “Anything that involves habitation: condos, apartments, hospitals, hotels, schools; they are all significant growth markets for the industry right now.”

The reason, she says, is “All of the key issues that are important in commercial construction are the key attributes that ICFs are good at.”

Jon Hansen, a national resource director for the National Ready Mix Concrete Association, agrees. “ICFs are a phenomenal product with outstanding attributes. They’re versatile, energy efficient, sound deadening, easy to use, and readily available across the country. The biggest challenge is getting people to try it initially. Once they try it, they love it.” 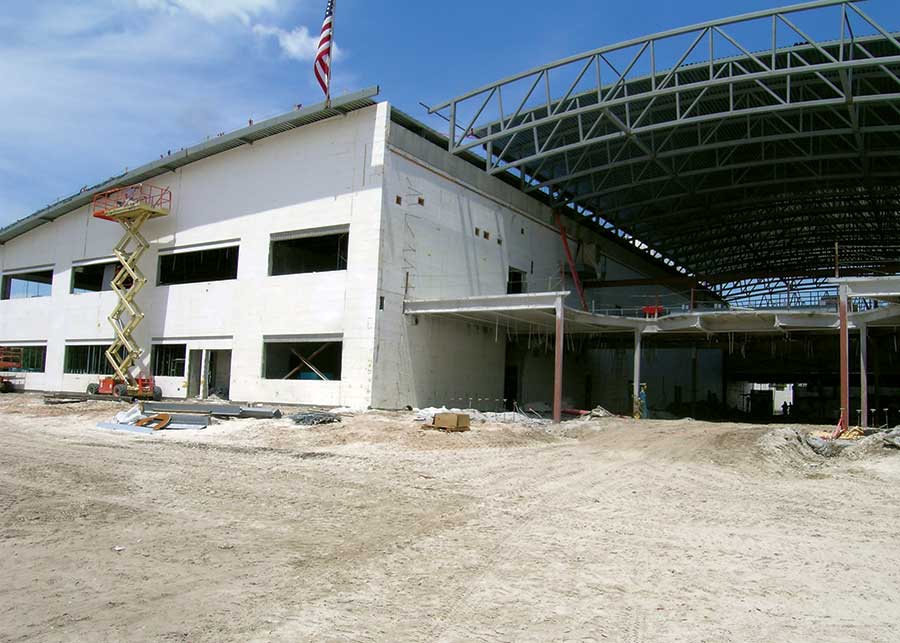 The NRMCA is responsible for all ICF promotion efforts in the commercial sector, a role they took over from the ICFA in early 2006. They have focused a significant part of that effort on architects and designers.

“That effort is moving forward nicely, and a lot of that is due to the visibility of successful ICF projects,” he says. “People are looking at these successes and are latching onto it.”

He also credits the green building movement, a trend he says is here to stay. “Across all industries, there’s a movement to being better stewards of the earth’s resources, and owners and developers are starting to look at the life cycle cost of the building. The green building trend may revolutionize building the same way air conditioning, electricity, and elevators changed the construction design 100 years ago.”

He adds that ICFs are well positioned to take advantage of this trend. “There is no greener building material than concrete,” he says, “and it’s already well known for its strength and durability.”

Novak, at the ICFA, stresses the simplicity of the product. “One of the major advantages ICFs have is that structurally, it’s basically the same wall assembly in commercial as residential. It’s not more complex. Contractors, architects, and engineers are becoming aware of ICFs and are very pleasantly surprised with the cost associated with commercial ICF construction.”

In 2006, the last year for which statistics are available, commercial construction accounted for about 30% of total ICF use. By the end of the decade, however, commercial work could account for half of all ICFs sold. “There are tremendous opportunities in this field for contractors,” says Novak.

“ICFs are a good fit for any commercial owner that will pay their own maintenance and utility bills,” she says. “By building with ICFs, owners can reduce their operating costs while improving occupant comfort.”

“Low rise commercial has picked up nicely too,” he continues. “Strip malls, retail outlets, that sort of construction is starting to notice ICFs. These owners are used to concrete—usually CMU—but there is some movement into ICF.”

“In mid-rise commercial buildings, ICFs are seeing a lot of use as infill walls. In the past, steel framing was used to fill between the concrete floors and columns. Today, its not uncommon to use ICFs for this type of work.”

“Churches and schools are also major areas of growth,” he says. “Anywhere people are making a buying decision that will last for generations, they’ll move towards ICFs.” 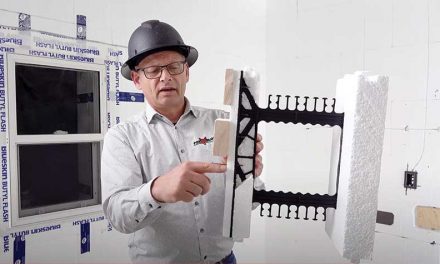