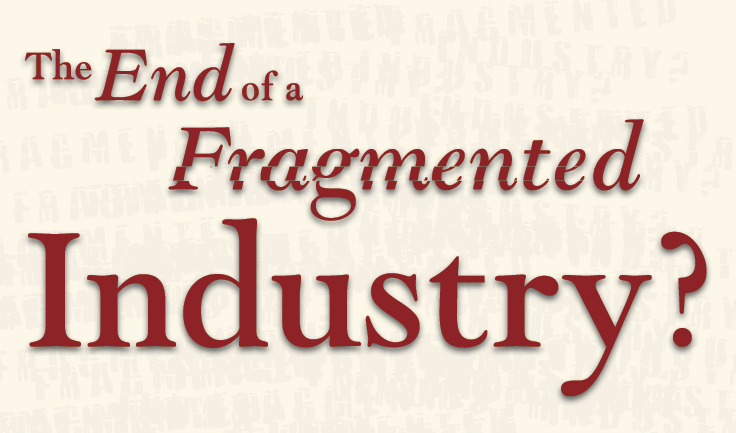 “As long as entrepreneurs think they can save a few dollars by making a new form, it’s going to detract from the ability of the industry to present a unified technology.”

In last year’s Industry Forecast, Tim Traxler at Standard ICF, cited fragmentation as a particular concern. “Having 50-plus products to choose from is an indication of an immature industry, and is making the public confused and skeptical,” he said at the time. “The industry needs its garden weeded out.”

He’s not alone. Another industry insider, who spoke on condition of anonymity, characterized it as, “too many hogs slopping at the trough.”

The problem stems from a low barrier of entry. Anyone who can come up with a new tie design and interlock system can set up shop. EPS molding is easily out-sourced, which keeps start-up costs low. Because of this, the industry has seen an average of six to eight new ICF brands every year since the mid 1990s. Today, there are more than eighty different blocks on the market, some of which are listed in the Comparison Chart on pp. 24-25.

“As long as entrepreneurs think they can save a few dollars by making a new form, it’s going to detract from the ability of the industry to present a unified technology,” says Patrick Murphy, president of American PolySteel. “It will continue to look like a bunch of guys trying to come up with a new idea as opposed to a comprehensive technology that’s waiting in the wings to sweep through and change the way the world builds.

But the barrier to entry was raised substantially in 2006, and it appears that the days of the small, regional molder may be numbered. This year, two major events—which have gone largely unnoticed—will likely alter the course of this industry for decades to come.

“These are behemoth companies whose sales are in the billions of dollars,” notes Bruce Anderson of Vinyl Technologies. “It doesn’t matter if the products are the most technologically advanced; what matters is that they are marketing giants.”

Anderson points to several instances where sheer marketing muscle was used to dominate a market. “The writing is on the wall,” he says. “Once these companies start promoting their products, industry consolidation is inevitable.”

Secondly, most major EPS molders now have their own, in-house ICF brands. SCA Packaging, formerly Tuscarora Inc., acquired Formtech International earlier this year. Airlite Plastics, the largest molder of ICF blocks in North America, launched Fox Blocks in May. Knauf USA introduced WebLok in October. Createc has an in-house block as well. LOGIX, owned by a consortium of 5 molding companies including Beaver Plastics, has been on the market about 5 years and is one of the most successful ICF brands.

These are significant companies. In 2005, Airlite molded more than 10 million sq. ft of block for four different brands. Knauf is the largest producer of expanded polystyrene (EPS) in the world.

These large molders now have a significant disincentive to make blocks for the competition. And the competition may not want to do business with them. Fox Blocks admits the move has already cost them at least one client.

Smaller ICF companies may find it hard to get their blocks made at all. Those with enough financial resources are already looking at purchasing their own molding machines.

Murphy notes, however, “There is a large molding capacity in the United States, and I don’t have any concerns that anybody who wants to can find someone to mold for them.”

In the meantime, the big molders will enjoy significantly lower production costs. “The in-house block is always going to be cheaper,” explains Stu Oates. “If they mold for others, they’re charging enough to make a profit, and that will always make the outsourced block more costly than the in-house brand. If the mom-and-pop operation tries to match the price, they won’t make enough to be able to market it properly.”

The days of a fragmented industry may already be coming to an end. Anderson notes that it’s the first year that he hasn’t had to make a new thickness of V-Buck.

But making block and finding customers are two different things. “ The challenge they’re going to have,” says Oates, “is how they service the market.”

Hank Pfeiffer, with Reward Walls, adds, “If contract molders can reach economies of scale, it will allow them to perform that portion of the supply chain very efficiently. Then someone has to perform the marketing, distribution, and support function. Whether you do those two segments together (in house molding) or separately (contract molding), there are costs associated with both. Each of these roles will still need to be performed, and a company’s success depends on how well they can perform both functions.”

Oates predicts that it will end up looking similar to the beer industry. “You’ll have half a dozen major, national brands in a class by themselves,” he says. “But you’ll always have a number of small regional players that can find a niche and be profitable in it.” 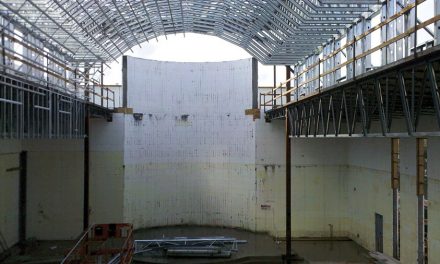 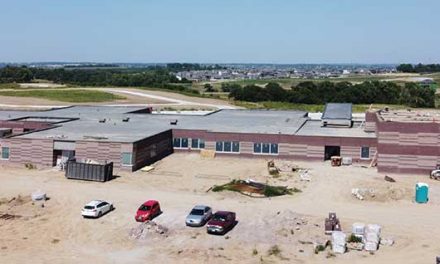