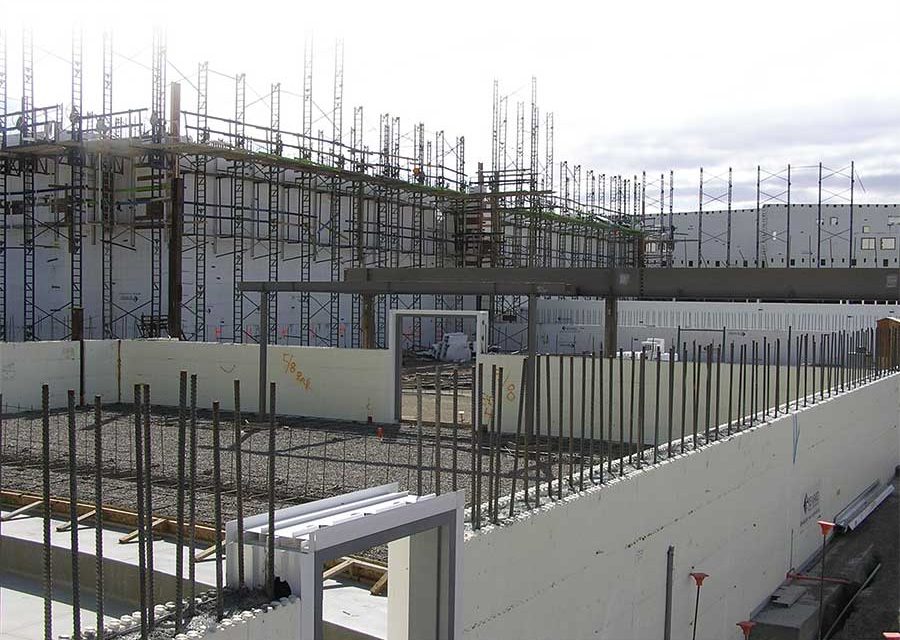 The Megaplex 20 Theater, a 20-screen movie complex in South Jordan, Utah, is not only the largest ICF project ever built, but also one of the most challenging.

Developers of the project were on a tight time schedule, and the job presented several daunting technical challenges. The large wall surfaces—hundreds of feet long and more than 50 feet tall in places—needed to be completely straight. Designers also wanted maximum soundproofing and minimal energy bills.

The project’s general contractor, Sahara Construction, solved all of those challenges by building with ICFs.

Jose Sanchez, the project architect, explains, “The owner wanted structural walls that at the same time were soundproof… We looked at several ICF companies and found Reward’s iForm would work best. We liked the…foam density, the competitive price and the support we received from Reward. Because the furring and insulation is installed right along with the walls, we saved both time and money.”

The iForm has an STC rating range of 51 to 65, making the walls virtually soundproof, and the walls went up fast. IMS Masonry, the subcontractor who built the walls, put up 190,000 sq. ft. of ICFs in just over 5 months. In total, the project used about 35,000 blocks. 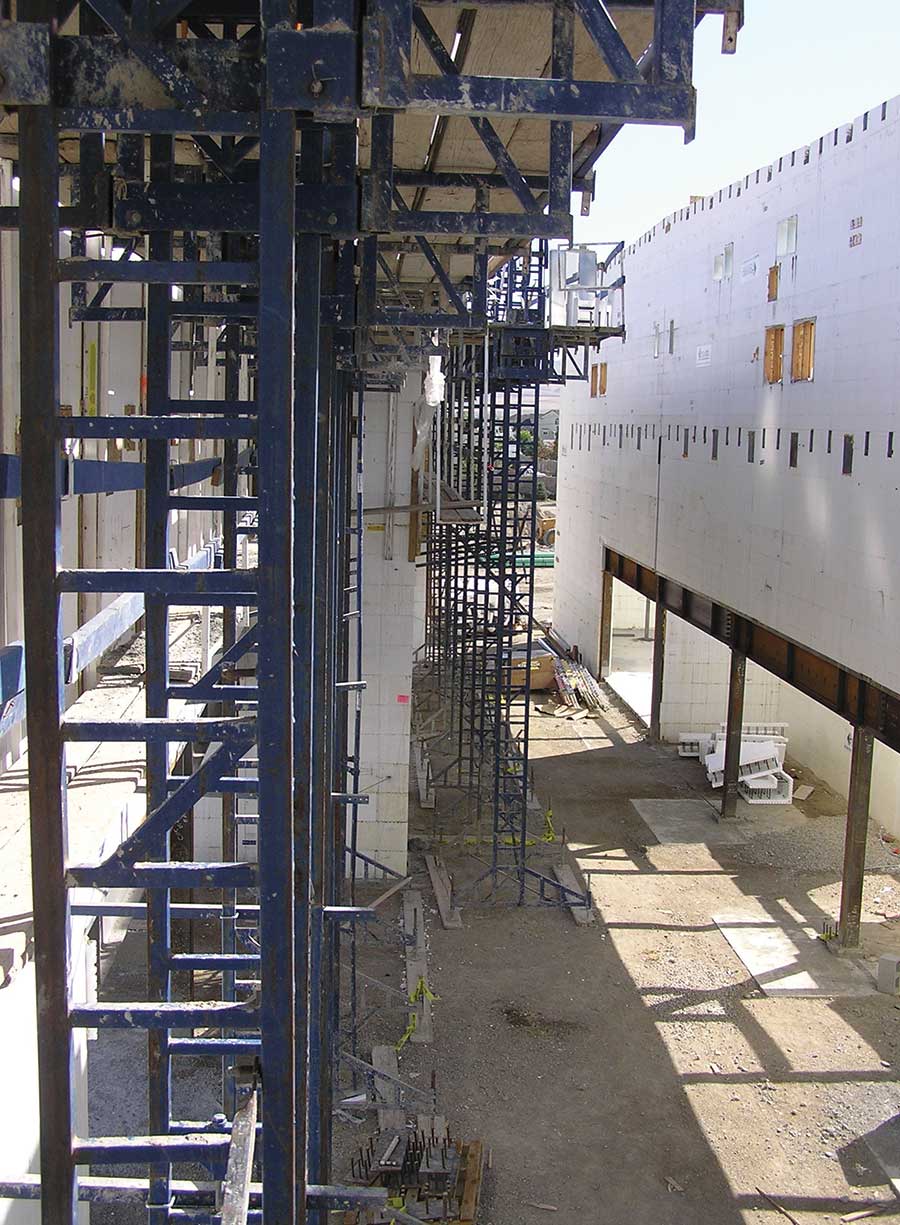 “Our overall experience was very good,” says Heath Holdaway, vice president of IMS Masonry. “The size and height of the walls was a challenge, but they went up smoothly.”

The owners wanted each theater to be completely soundproof, so ICFs were used
on all the interior walls as well. Massive
steel I-beams serve as lintels over the doorways, supporting 13-inch-thick walls. The two largest theaters have walls that are 15 inches thick.

Shortly before the building opened in May, Sahara hosted a hard-hat tour, led by Scott Webber, senior project manager for the job. He told the group that ICF construction was a major factor in being able to complete the 210,000 sq. ft. building in only 13 months.

Webber claims that the electrical and drywall subcontractors had little difficulty adapting to the ICF walls. “The electricians struggled a bit at first,” Webber admits. “They had to use Skil-saws to cut conduit runs in all the interior and exterior walls, and frequently they’d hit a tie. ”

“The drywall went up great,” he continued. “In a few areas where they installed ceramic tile over the drywall, you can see that even with all the bracing, there is still a little rippling in the wall. On the next job we do, we’ll need to double up the bracing for areas with a similar finish.

Sahara and IMS Masonry have teamed up again to build a slightly smaller 100,000 sq. ft. ICF movie theater in Ogden, about 50 miles to the north.

Alan Johnson, President of IMS Masonry, says the biggest challenge was making sure they had enough bracing and scaffolding to keep the walls perfectly straight. “You’re dealing with a foam block that wants to move around,” he says, “and the taller you go, the tougher it gets.” 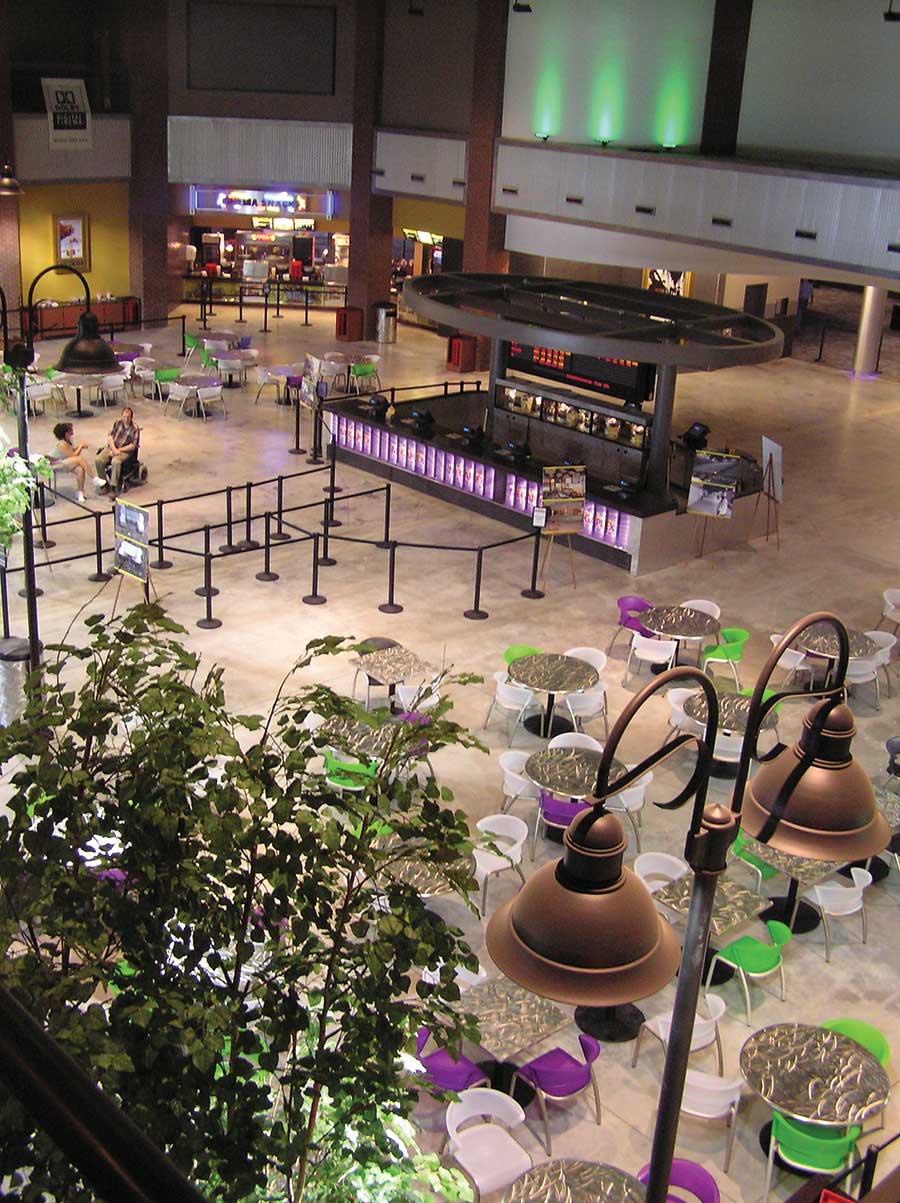 To complicate matters, they needed enough bracing and scaffolding to work on seven theaters at a time.

“The block does stack fast, and everybody’s happy with that,” says Johnson. “But if you don’t have enough [bracing] to get ready for the next pour, you’re going to be in trouble. With a project this big, the volume and amount of equipment you need is extreme. We used every bit of scaffolding we had, and then rented quite a bit more.” In the end, IMS used over 1600 linear feet of crank-up scaffolding, coupled with hundreds of the regular turnbuckle bracing units.

They began the job with self consolidating concrete (SCC) but due to conflicting test results, they finished the job with regular 7”-slump concrete. IMS used rebar shakers and internal vibrators to ensure good consolidation.

The end result, Johnson says, “is by far above the industry standard.” He claims part of the credit is due to the block manufacturer. “Reward was fantastic on the tech support,” he says.

Reward is increasingly becoming the block of choice for large commercial projects. In 2003, Reward was used on a 65,000 sq. ft. office complex in Wheat Ridge, Colo., the biggest project then built. Since then, iForm has been used to construct the 140,000 sq. ft. Florida Armed Forces Reserve Center near St. Petersburg, Fla., and two 11-story Waterside Condominiums in Ft. Myers, Fla., with the tallest ICF walls yet built. Prior to the completion of the Megaplex 20, the largest ICF project in the world was a large resort complex near Seaside, Ore., also built with Reward’s iForm.

“We get to do more significant ICF commercial projects than anyone in the industry because we have the infrastructure and experience to handle the larger projects,” says Ed Storm, president of Reward Walls. “We have a great block, an excellent in-house engineer and architect team, an attentive customer service team and a large variety of technical resources. And we have the expertise to back it up.”

Megaplex 20 is a state-of-the-art theater. It’s one of the first in the country equipped with digital projectors, and has 70,000 to 150,000 watts of THX-certifiable surround sound in every theater. It also has traditional 35-mm film projectors for each screen, and when fully occupied will seat 5,400 guests. In between shows, moviegoers can dine at one of eight separate restaurants in the central lobby, or relax on the stylish mezzanine that overlooks the eating area.

It’s possible that within a few years, an ICF project even larger than this one will be built. But the Megaplex 20 will continue to enjoy the benefits of ICFs for decades: noise-free theaters, low maintenance, and minimal heating and cooling costs.

If you are aware of an ICF project larger than the one featured above, please email the editor at editor@icfmag.com.

Digital and 35-mm projectors in every theater. 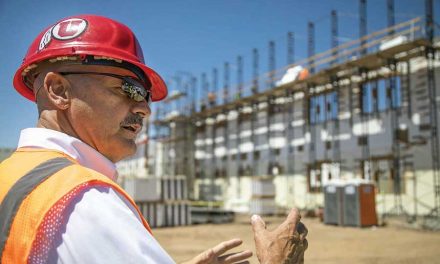 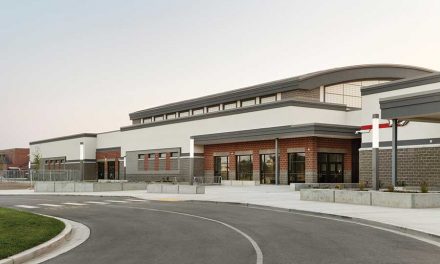 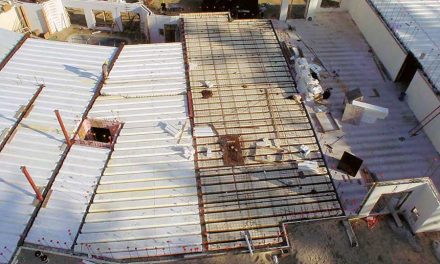