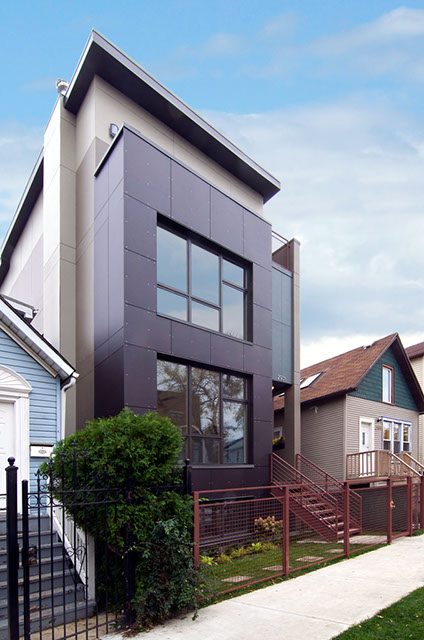 The Park-Raines family had decided to build their dream home in Chicago. They were committed to building a sustainable home that would fit their family’s long-term needs, but they also had a limited budget. To complicate factors, they chose to build on a small urban infill lot which would require them to build vertically to achieve the desired square footage.

Sam Park posted regular updates to his blog the project developed. “After looking at a number of different building materials—wood, masonry/brick, SIPS, ELFI, and even straw bale—we decided to build our home with ICFs,” he writes. “I geeked out and did a lot of research before settling on ICFs and I won’t bore you with the details [but] ICFs typically provide better insulation and air sealing than other types of homes. I’ll just say that they’re going up very nicely and turning some heads around the neighborhood.” 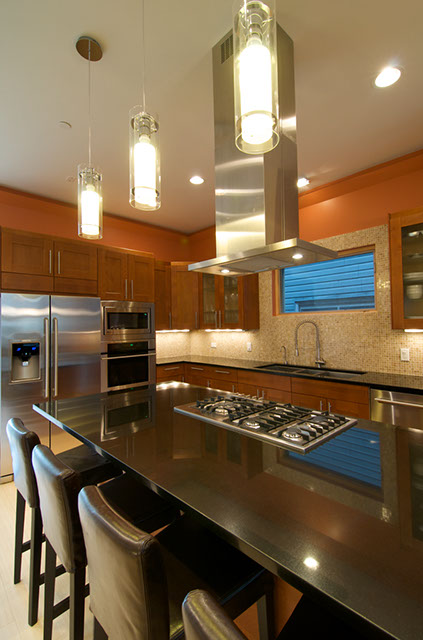 They settled on a modernist design with three stores above grade and a full basement. The verticality posed a challenge because the City of Chicago requires an exterior exit stair from the third floor to grade. Fortunately, because the building envelope is noncombustible, the city allowed an exemption if a residential sprinkler system was installed. So ICF construction allowed them to keep the rear yard open. The cost of the sprinkler system was less than what the stair would have cost.

In order to provide additional access to outdoor space, the third floor was set in at the front and rear elevations in order to provide two roof decks. The rooftop penthouse provides access to the green roof with spectacular views of the Chicago skyline.

Cian O’Mahony served as general contractor; he’d encountered ICFs on an earlier job, but this was his first Reward project. He says most of the construction difficulties stemmed from the small lot (only 25 feet wide) and the installation of the vertical closed-loop geothermal system.

The geothermal system supplements the solar water heater, which was paid for with a grant from the State of Illinois Solar Energy Incentive Program. Radiant heat ensures maximum efficiency in heating and cooling.

Designed to achieve a LEED Silver, the home scored a 41 on the HERS Energy Star Rating which beat out the proclaimed “greenest house in Chicago” which only scored 50.

Other green features include the green roof with plants in removable trays, rain barrels for water harvesting, and an exterior facade made of Paperstone, a 100%-weatherproof cladding made from recycled paper.

The finished home has already attracted the attention of Chicago developers and Chicago Green Homes organizations. It was featured in the regional home show tour as a model LEED home and was also toured as part of the Chicago AIA Professional Development Conference as a model green home. 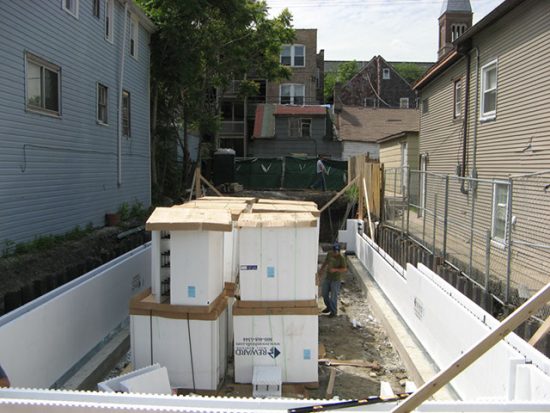 Troy Gibson, marketing manager at Reward Wall Systems, which provided the ICFs, says, “This is an amazing client who could not have approached this project more thoughtfully and who deserves tremendous credit for their commitment to the project… It shows green building truly has no limits on location or in style.” 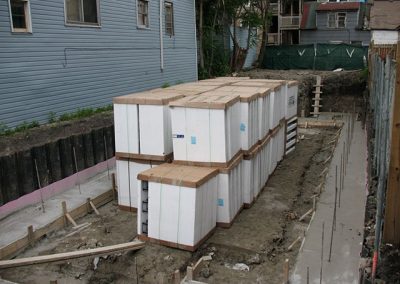 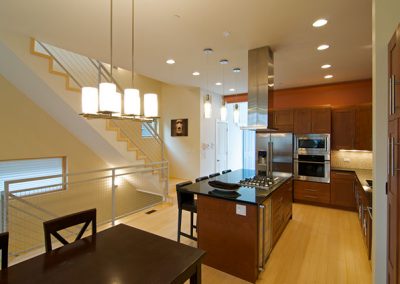 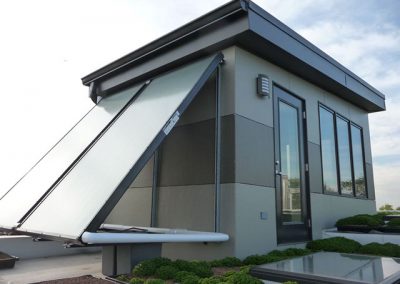 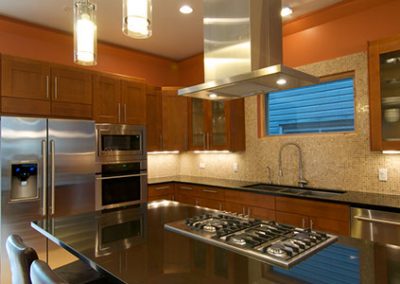 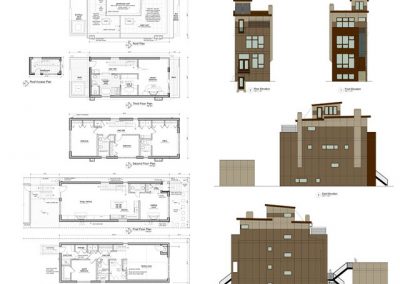 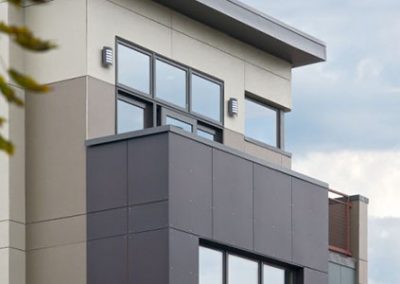 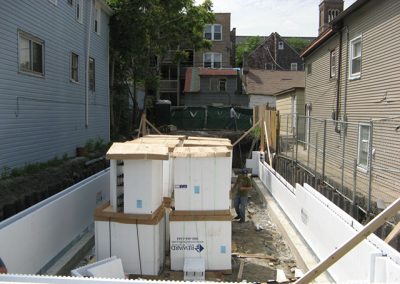 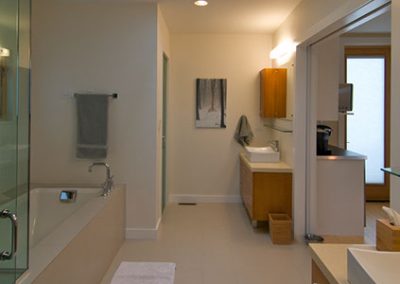 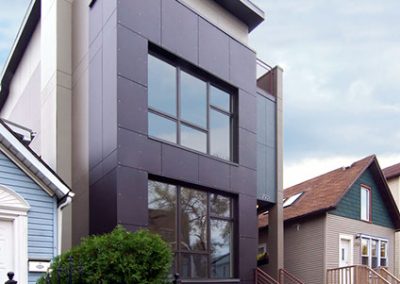 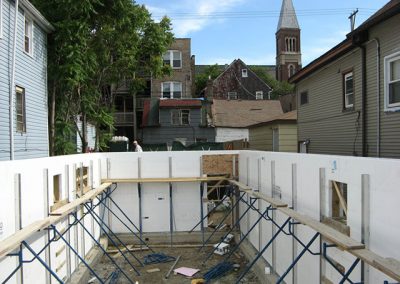 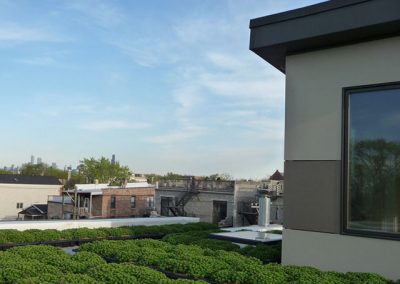 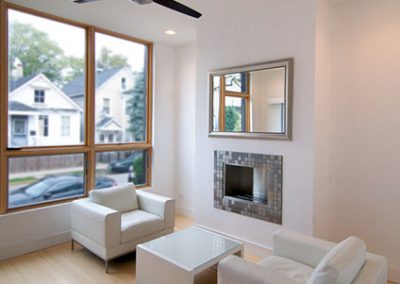 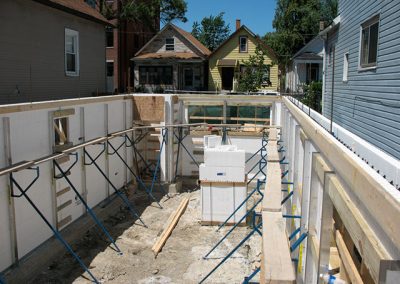 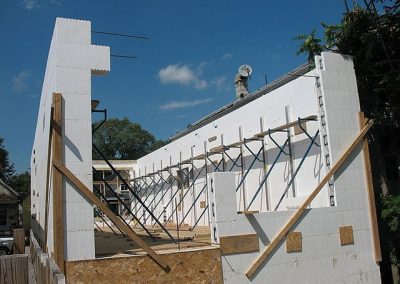 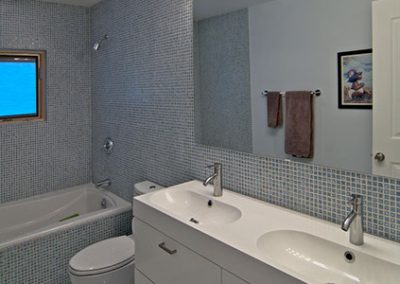 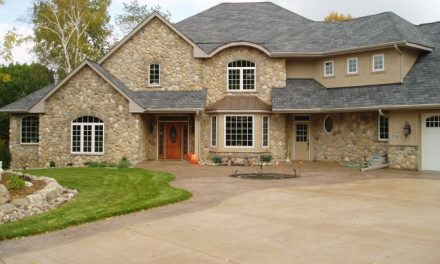 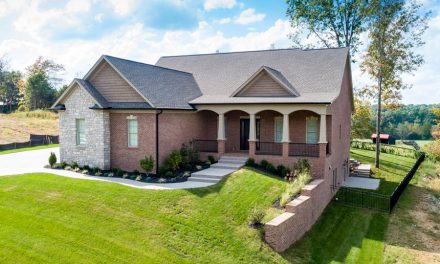 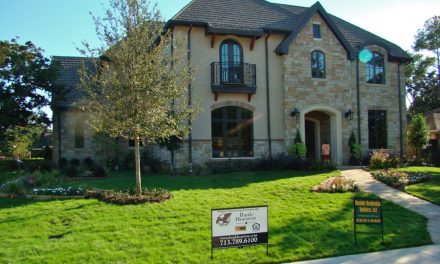 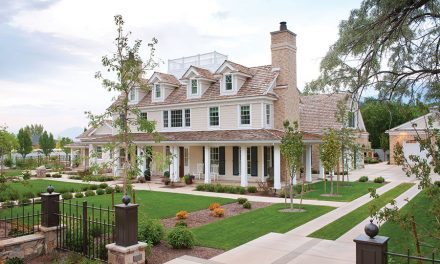