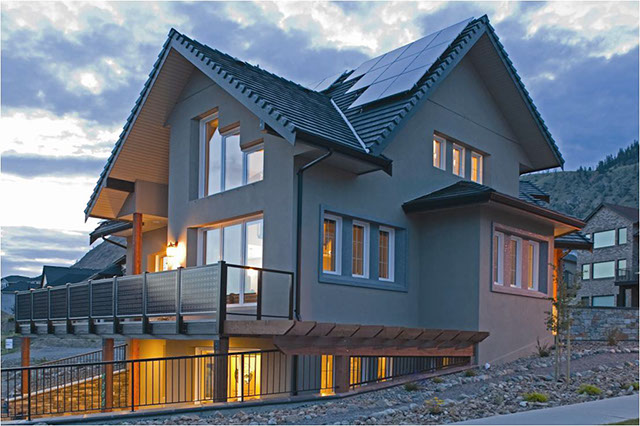 This unassuming house at the end of a quiet street has a secret identity. It’s actually a net-zero energy home—a fully functional year-round residence that generates as much energy as it consumes.

Patrick M.B. Chan, the LOGIX representative that provided the ICFs for the project, says, “The concept for The Green Dream Home is a simple one: Reduce electrical demand through efficient systems and effective envelope design, then produce the remaining energy required using grid-tied photovoltaic cells.”

The super insulated walls are constructed with LOGIX’s XRV panels, which have 4” of foam on the outside and 2.75 inches of foam on the interior. An additional 4” of foam was then added to the outside face of the wall, providing R-44 insulation. Expanding spray-on foam in the roof assembly (R-60) ensured a well sealed envelope (ACH of 0.68 @ 50 Pa). 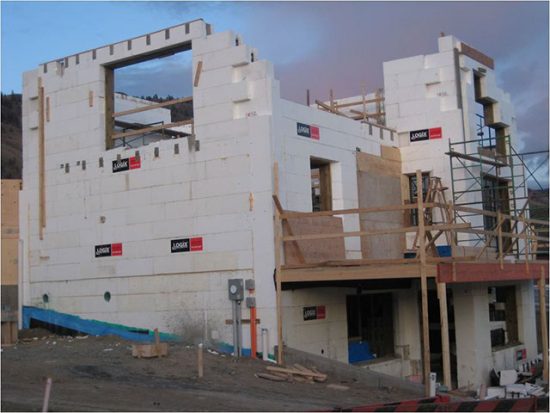 Heating and cooling systems use a high efficiency heat pump connected to a geothermal well. A heat exchanger further increases the efficiency of the HVAC system. The geothermal system is also used to preheat the hot water for the home, which is then run through solar hot water panels. LED and fluorescent lighting in combination with passive day lighting drastically reduce the electrical requirements.

The 12/12 pitched roof shades the facade in summer while allowing ample light into the interior in the winter. It also offers more than 1,000 sq. ft for the photovoltaic and solar hot water system. This system allows the homeowner to sell excess power to the utility company and buy power when needed. Back up batteries were installed to allow the homeowner to ride out short power outages. The 36 panels currently in place more than offset the energy usage of the home, but there’s room for additional panels if the owners want to create additional revenue.

The home was built by first-year Thompson River University (TRU) students under the direction of Hank Bangma. “The main challenge for the project was to coordinate the trade students (carpentry, electrical, plumbing, etc.) with volunteer trades, sponsored trades and suppliers while dealing with a small site and a compressed time line,” Bangma says.

Unusual wall angles, custom windows, and differing wall heights were just a few of the ICF installation issues students dealt with. Most of the challenges, though, were compounded by the eight inches of exterior foam. Anchor bolts for the balcony needed to be extra long. The acrylic stucco finish was chosen precisely because it would work with the thick foam. 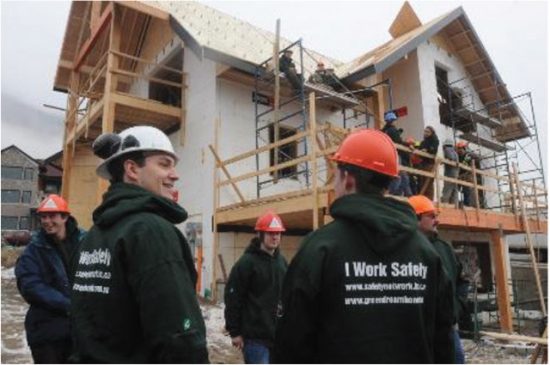 CHBA commissioned a 20-minute documentary film on the project. A timelapse video of the construction process is available on the www.builderawards.com website.

Completed in May 2010, the home has been toured by thousands in the past 10 months. The home has been featured as part of the EQuilibrium Sustainable Housing Demonstration Initiative led by Canada Mortgage and Housing Corporation (CMHC).

CMHC is monitoring energy usage for a full twelve months of ordinary use, using data provided from sophisticated meters and temperature sensors built into various cross-sections of the walls.

“This project could not be more significant in terms of the educational value it has generated,” says Chan. “From the design, to the construction, to the occupancy, this house has served to educate everyone involved with it on green building in general and ICFs in particular. Ongoing research and energy studies will further this knowledge base.” 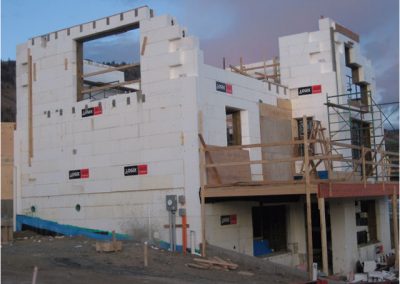 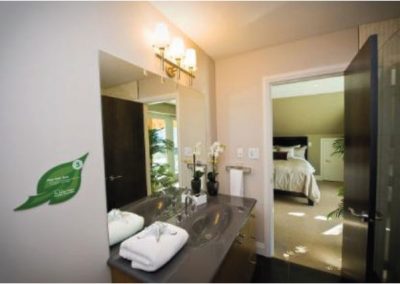 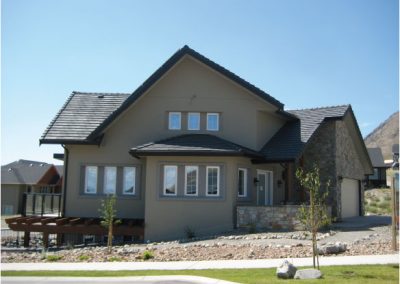 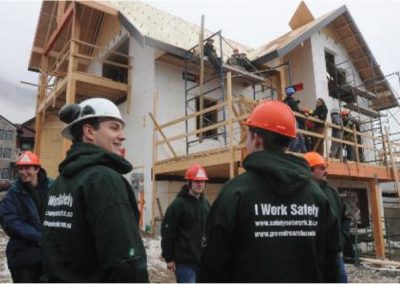 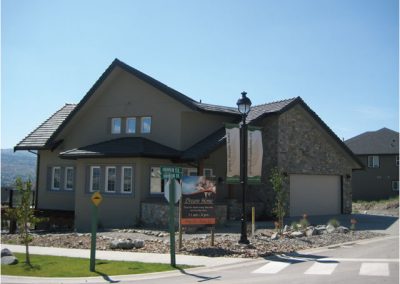 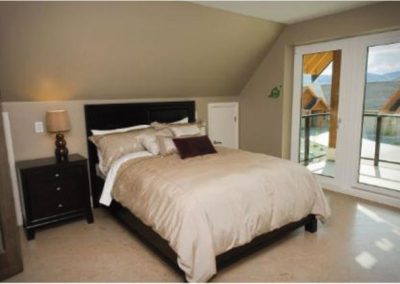 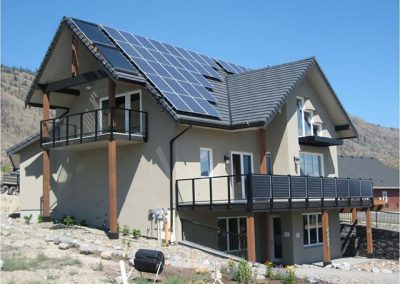 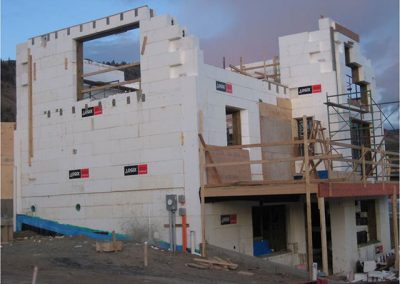 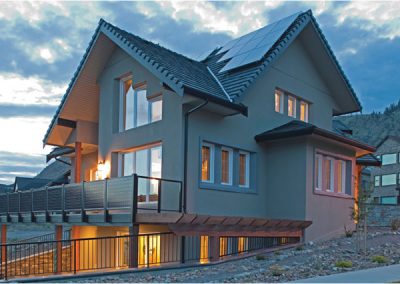 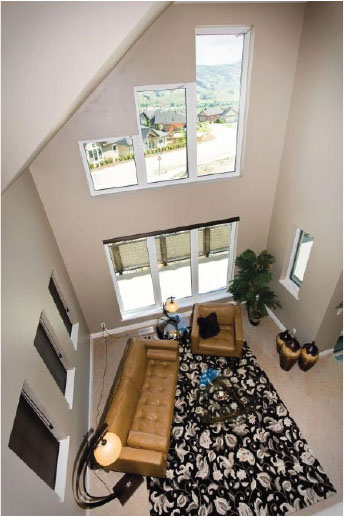 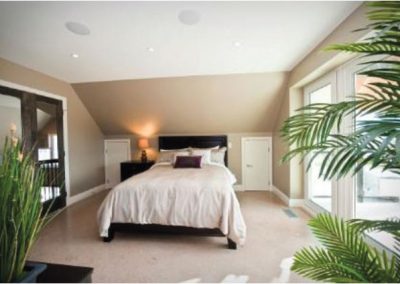 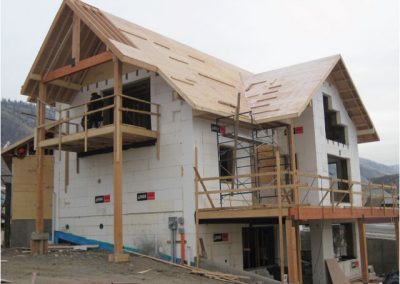 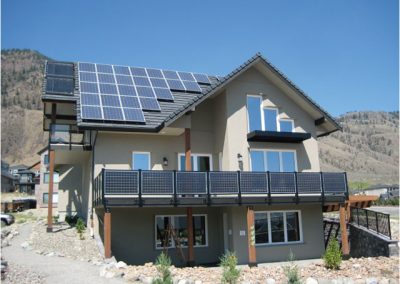 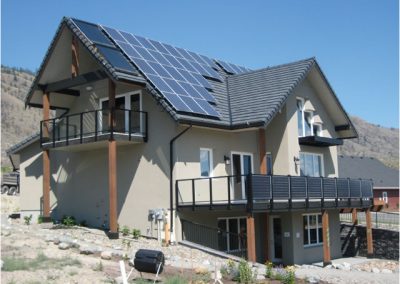 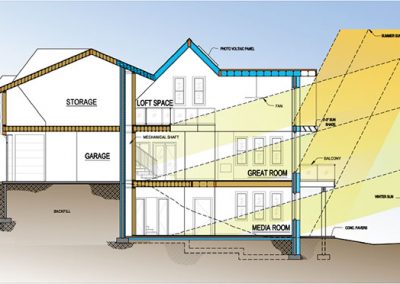 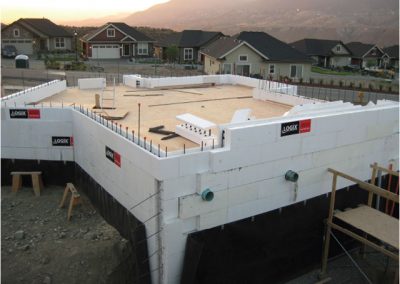 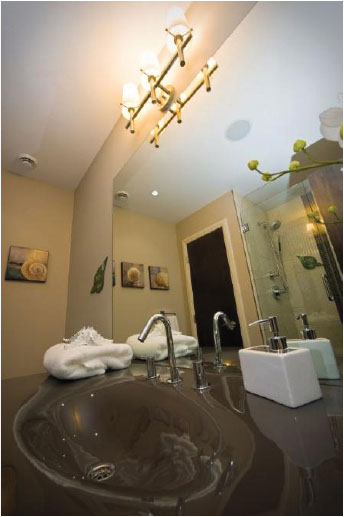 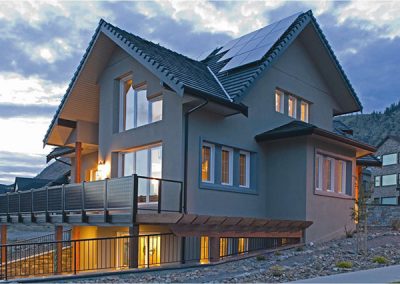 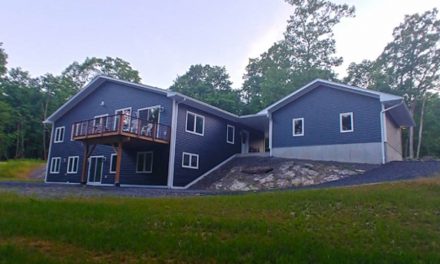 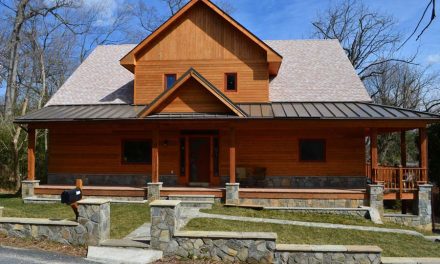 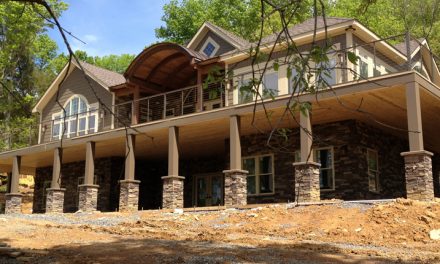 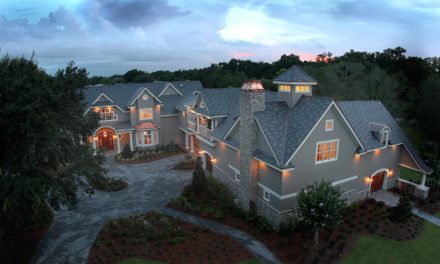