The Wall Saved My Life 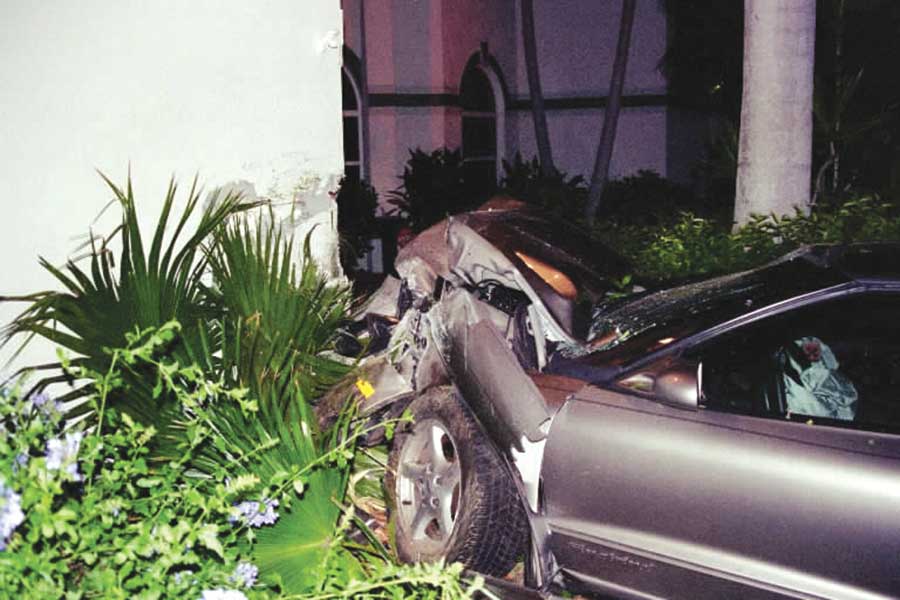 It’s been just over one year since Mrs. Demczyk of Cape Coral, Fla., was awakened at 2 a.m. by a dull thud.

Assuming the sound was caused by a household item falling to the floor, she got up to find the item and put it away. To her surprise, what she found was a set of headlights just inches from her living room window.

According to police reports, the Pontiac Firebird was racing through their neighborhood at more than 90 miles per hour when the driver lost control of the vehicle, left the roadway and slammed into the exterior wall of the Demczyk’s residence. Alcohol was a factor in the crash.

The wall’s sound class rating of 48 had reduced the sound of the deafening crash to a barely audible thud.

“I believe the PolySteel wall saved my life,” says Ray Demczyk, owner of the home. Demczyk says emergency workers on the scene told him the car would have penetrated the residence had the walls been made of concrete block or wood.

When asked if he was surprised by the strength of the wall, Demczyk responded, “I have known that this house was solid since the day I built it. Strength, wind resistance, and insulation are the reasons I chose PolySteel.”

Though the car was completely totaled, thankfully, the driver survived the collision without major injuries. The strength of the home’s walls was evident when the cleanup was completed. The only damage was a 3’ x 5’ section of the exterior finish that had been crushed by the impact.

With that impressive demonstration of strength, the Demczyk’s chose to stay put when Hurricane Charley roared through their town less than three months later.

As the wind gusted to 165 mph, the family heard very little noise from the storm. “We knew the wind was screaming outside and we could see major debris flying through the air, but inside the house remained quiet.” Ray says. “Large hardwood trees and palms on our property were completely uprooted or snapped in half yet the main house was completely unharmed.” He attributes the durability of his roof to specialty trusses designed to withstand winds of 140 mph.

The 5,800 sq. ft., two-story home
has developed something of a reputation. As his neighbors prepared to evacuate from the hurricane, one commented to Demczyk,
“I suppose you’re staying, since your house is so safe.”