National Ready Mixed Concrete Association members have lowered their carbon footprint by 21% in 7 years according to a new Life Cycle Assessment (LCA) report and Industry Wide Environmental Product Declaration (EPD) published in March. NRMCA has been tracking its members’ environmental impacts since 2014 when it published its first LCA and benchmark report. Measuring carbon footprint over time is a major strategy for meeting a 2050 carbon neutrality goal for the concrete industry.

NRMCA started the journey toward carbon neutrality in 2009 and has since adopted a strategy for reducing environmental impacts of concrete that includes goals for reducing carbon footprint, among other impacts such as energy use, water use, and waste along with increased recycled content, including the use of supplementary cementitious materials (SCMs) such as fly ash and slag cement. Members subsequently committed to more aggressive carbon reduction goals in 2012 by adopting the Architecture 2030 Challenge for Products which stated a goal of embodied carbon neutrality by 2050 using LCA as the methodology for measuring progress. In 2021, NRMCA re-affirmed its commitment to carbon neutrality when it joined the Portland Cement Association (PCA) and the Global Cement and Concrete Association’s (GCCA) in developing a 2050 Roadmap to Carbon Neutrality.

Giatec, a leading innovator for building more sustainable concrete, announced a strategy based on a new artificial intelligence (AI) tool to cut at least 400 million tons annually of GHG emissions, which is the equivalent of taking 110 million cars off the road. Every year, 20 billion tons (10 billion cubic yards) of concrete is produced globally, making it the number one product created by humans. This translates to approximately 2 billion tons of GHG emissions. Giatec believes its strategy can reduce CO2 emissions by up to 20% using new concrete mixes. After 3 years and well over $3 million in research efforts, Giatec launched SmartMix, the world’s first web-based AI program that applies millions of data points worldwide – the richest concrete dataset assembled. The data comes from embedded wireless sensors developed by Giatec. SmartMix analyzes all the variables for a project’s specifications and creates the best mix to reduce cement use and still meet performance expectations.

Andersen Corp., America’s premier window and door manufacturer, led the series B $30 million funding of Ubiquitous Energy to bring solar power into homes and commercial buildings through windows. Buildings are the biggest energy consumers. Andersen significantly invested in and will be implementing Ubiquitous Energy’s photovoltaic glass coating that harnesses solar power to generate energy, all while remaining visibly indistinguishable from traditional windows. With more than 20 billion square feet of windows installed in homes and buildings every year, homeowners and businesses have an opportunity to increase value from these surfaces by installing transparent solar window products that produce energy and reduce the building’s carbon footprint. Broad adoption of UE Power within architectural glass has the opportunity to offset up to an estimated 10% of global CO2 emissions, greatly reducing the 40% of global carbon emissions that come from buildings and improving their energy efficiency at the same time.

At the end of March, a strike in Seattle has crippled the concrete industry in this large city for four months. A Seattle-area concrete delivery driver strike has greatly inflated the price of construction projects across the region. Washington state Attorney General Bob Ferguson has met with the Teamsters Local 174 along with an anti-trust team. There is a question that perhaps the strikers were colluding to drive up the costs of public projects. There is concern that the strike is intentionally being allowed to continue into the spring and even into June or July as projected, which will cause members’ healthcare coverage to lapse, which would increase the bargaining position of the involved companies. The strike has increased demand for concrete in the area, which has caused prices to rise. Concrete prices are currently ranging between $350 and $360 per cubic yard when the recent average price was closer to $120, says the website mynorthwest.com. 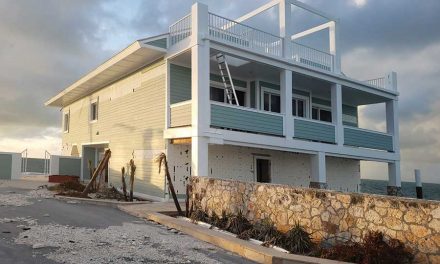