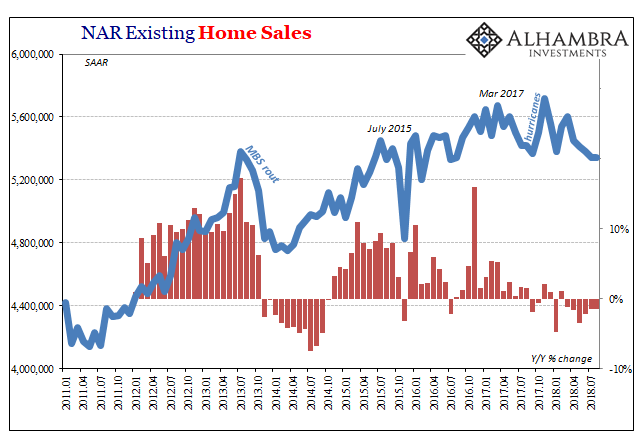 In an otherwise booming U.S. economy, the U.S. housing market is weakening. Mortgage interest rates hit five percent earlier this fall, adding to the cost of financing a home, and new construction has struggled to keep pace with demand.

In early November, mortgage rates were at 4.94%, the highest since 2011, and up a full percentage point from 12 months ago. Rates are expected to rise still further, as the Fed has signaled it is planning on raising rates at its meeting in December for the fourth time this year.

Over the past year, the mortgage on a typically priced home of $295,000 has increased by $120 per month, making it more difficult to purchase a house. The National Association of Home Builders (NAHB) reports that its affordability index has fallen to the lowest level in
ten years.

“It is increasingly apparent that homes are getting too expensive to afford, both on the asking price and on financing costs,” says Chris Rupkey, chief economist at MUFG in New York.

As a result, new home sales have fallen in each of the previous four months. In November, the U.S. Census department reported that new home construction hit a two-year low, dipping to a seasonally adjusted rate of 1.2 million housing units built per year. Housing permits, which indicate future construction, are also falling, pointing to further declines.

David Blitzer, managing director of the Dow Jones stock index, states that even though there is a pullback in the housing market, there is no indication that the current weakness will become a repeat of the 2008 housing crisis, as mortgage default rates are still low. “Without a collapse in housing finance, a crash in home prices is unlikely,” he says.

BuildBlock is expanding manufacturing efforts into Pardeeville, Wisconsin. BuildBlock is excited to partner once again with this great facility and provide our products more quickly and efficiently to the northern United States. Adding additional manufacturing in this region will allow us to better serve our growing customers with quality products in a convenient location.

Ispan Systems, a maker of open-web steel floor joists, has redesigned their website. Within the ICF industry, Ispan may be best-known for their composite TotalJoist floor system.

Available online now at www.ispansystems.com, the site is compatible with any major web browser or mobile device.

Dwayne Van Harberden, general manager, says, “We’ve worked hard to create a site that is easy-to-navigate, provides an overview of our systems, helps visitors understand how we work with our customers, and showcases some of the projects our systems have been used for.” 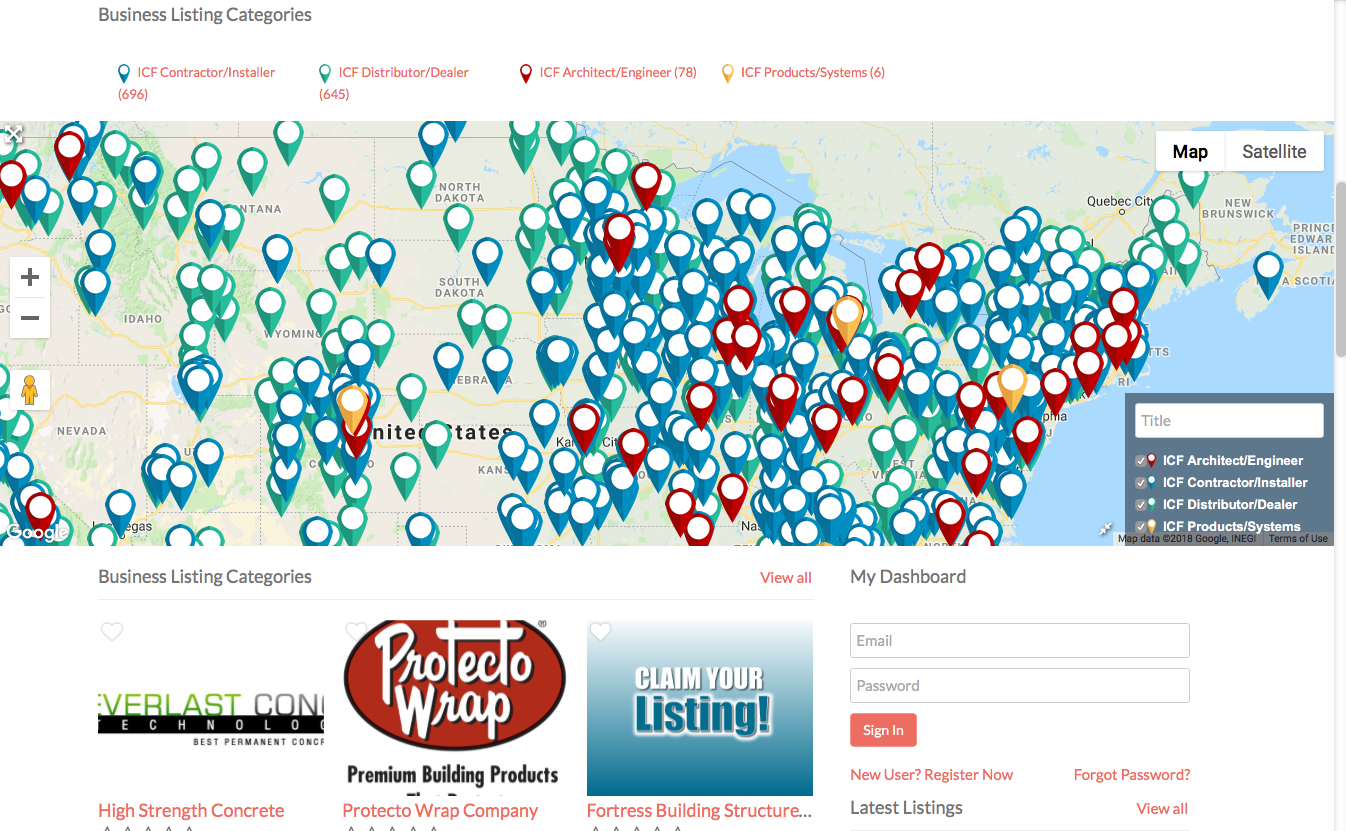 A new searchable database for ICF professionals is now online. It’s designed to make it easy to find ICF contractors, installers, dealers, distributors, architects, and engineers locally.  Called ICF Hub, the directory can be accessed at
www.icfhub.com. The distributor and contractor segments of the website already have well over 500 listings in each category.

The database is searchable by ZIP code and postal code, and features an interactive map.

A reliable, comprehensive database to connect homeowners, developers, and general contractors with ICF installers is one of the greatest needs in the industry.

A basic listing is free, and companies who upgrade to a premium listing can select the areas they work in, the type of construction they do, photographs of past jobs, and detailed company contact information. Clients are able to include feedback on the jobs, separating the conscientious professional from the amateur.

To claim or set up your listing, visit www.icfhub.com.

The show attracted about 20,000 builders, architects, and green activists, while the exhibit hall was set with just more than 600 booths. Environmental lawyer Amal Clooney and Carmen Yulin Cruz, mayor of San Juan, Puerto Rico were the keynote speakers.

The theme of this year’s event was “The Intersection of Humanity & the Built Environment,” and many education session revolved around enhancing building efficiency and performance. In past years, Greenbuild has not paid much attention to this topic, and the exhibitor list reflected that. Despite the theme, not a single ICF company is listed as an exhibitor.

The 2019 Greenbuild show is scheduled for November 20-22 in Los Angeles.

The National Association of Home Builders’ (NAHB) International Builders’ Show is headed west for 2019, running Feb 19-21 at the Las Vegas Convention Center. This year is the show’s 75th anniversary, and signs indicate that it will be even better attended than last year’s event, which was the biggest show since
the recession.

The show includes a wide variety
of education sessions, as well as tours of the New American Home. For more information, or to register, visit
http://buildersshow.com.