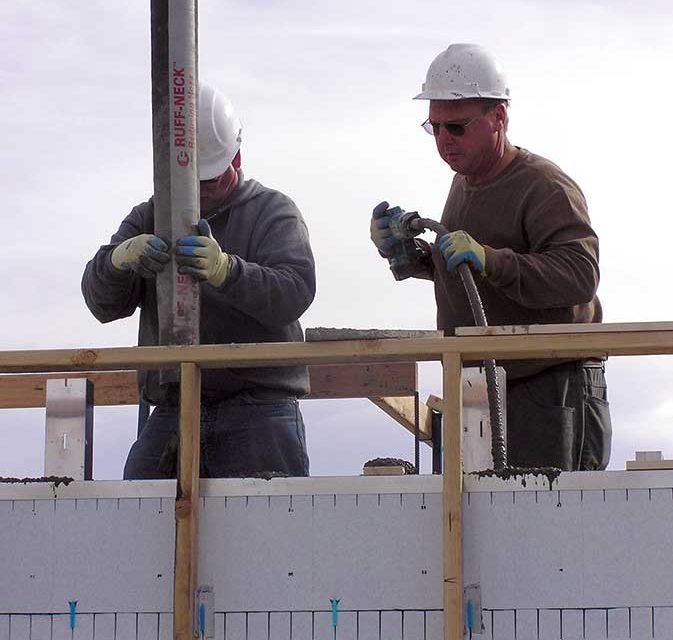 Voids and honeycombing can create basement leaks, and in extreme cases, affect the structural integrity of the walls. Ironically, corners and lintels—the areas that need the most strength—are the areas where poor consolidation is most likely to occur. Form pressures are highest in these two areas, so some builders don’t vibrate them as thoroughly. However, these critical areas need more vibration—not less—due to the congestion caused by extra reinforcing steel.

How much vibration does a wall need, and what is the best way to do it? Every contractor has his preferred option. Some pound on the outside of the wall with a 2×4. Others use a reciprocating saw or orbital sander. Internal “pencil” vibrators are extremely popular, and one manufacturer offers a rebar shaker that reportedly works well.

Guy Rosenlof, a California-based ICF contractor, claims “proper vibration” is somewhat dependant on form type. “Some early ICF designs can’t handle excessive vibration,” he cautions. “Either strike the outside of the wall with a 2×4 or vibrate minimally.” Newer designs are stronger, but still need care. “Brace the hell out of the corners,” he recommends. “Lintels don’t have the two directions of force, but the corners need extra bracing.”

Several years ago, the Portland Cement Association (PCA) conducted an in-depth study of concrete consolidation and ICFs. They tested flat panels with 4- and 6-inch cores, as well as a screen grid and waffle grid ICFs. Panels with corners and lintels were also tested. (See chart below). Panels were filled with low- (3”), medium- (6”) and high-slump (8”-10”) concrete and vibrated with wood blocks, saws, sanders, and internal vibrators. They also filled test panels with a self-consolidating concrete (SCC).

The conclusion? Low slump walls had poor consolidation, regardless of the technique used. “External mechanical vibration using a hammer, reciprocating saw, or orbital sander did not significantly improve the consolidation of concrete in ICF walls…” the report states. Operators could, however, detect large voids beneath the foam by listening to slight changes in the sound.

The entire report, titled Concrete Consolidation and the Potential for Voids in ICF Walls, is available at our website:
www.icfmag.com.

It’s also cheaper. Fred Oswald, president of Oztec Industries, says self-consolidating concrete can be about twice as expensive as regular mixes. “And the forms have to be almost watertight to hold the mix,” he adds.

Oswald and Carcanagues agree that getting good consolidation is a combination of the right equipment and an experienced operator. 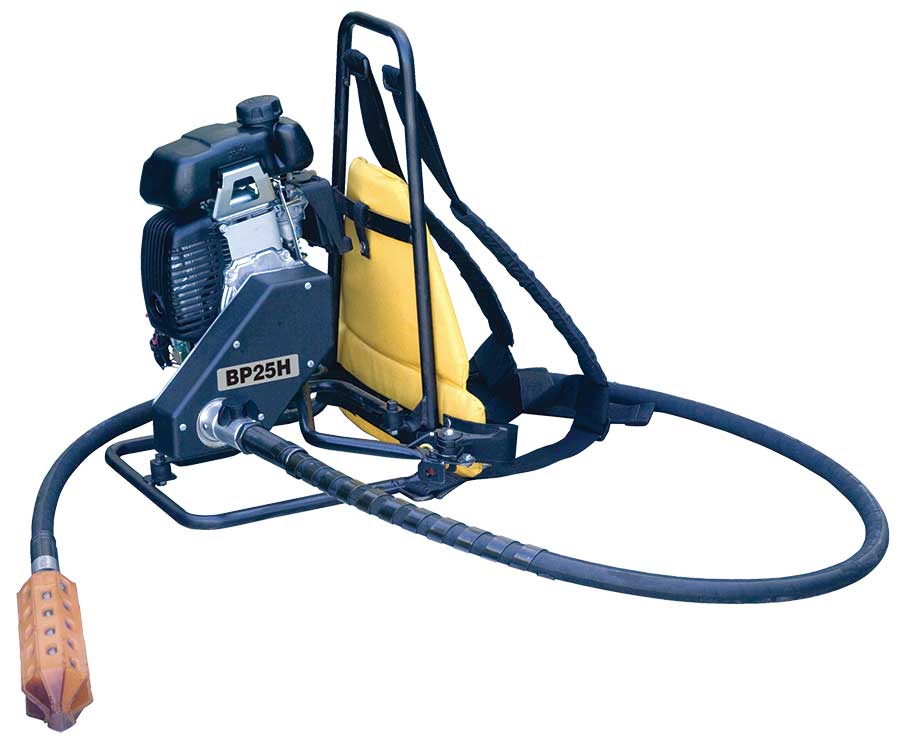 “We recommend the pencil head [3/4 inch diameter] for ICFs and the 1 1/8 inch head for the larger forms,” Carcanagues says. “It depends on the width of the form and the slump of the concrete. If it’s a wet mix, say 6- or 7-inch slump, we’ll use the pencil head. A stiff mix with a 3-4 inch slump needs a bigger head. The biggest thing about internal vibration is technique. Its not just dragging it through the concrete,” he states.

Vibrators work by allowing air to float up and out of the concrete, so the tip should not be withdrawn faster than the air can move upward, about 3 inches per second.

Carcanagues says the easiest thing to do is to look at the mix. “You’ll be able to see [the radius of influence] because it’ll have sheen to it.”

“The important thing is to get vibration into every part of the concrete,” says Oswald. 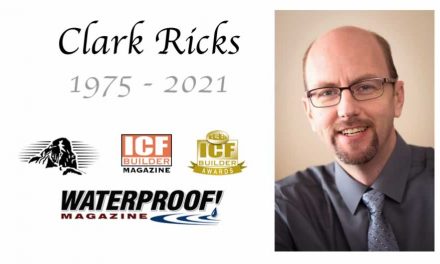 Guest Editorial: Getting to the Next Level